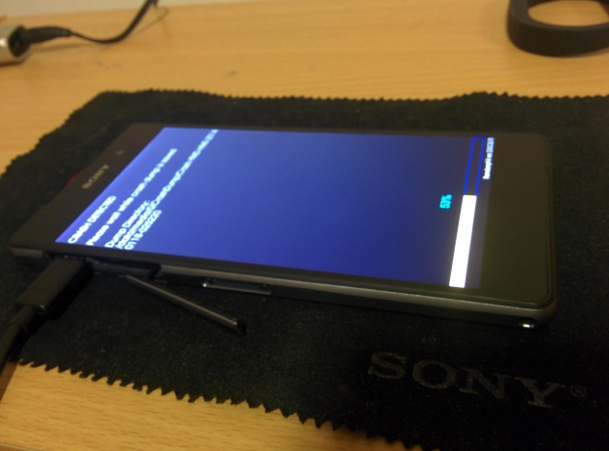 Sony has already debuted an impressive mobile lineup for 2014, but recent leaks appear to signal even more announcements on the horizon. The Sony D6503 doesn’t have a name yet, but based on the rumored specs, it is either a refresh of the Xperia Z1 or a brand new follow-up device. Either way, XDA Developers forum user iRimas has started releasing pictures of the device, including several that show the D6503 side-by-side with the Z1.

Based on the images, the D6503 appears to have slightly larger dimensions and a bigger screen than the Z1 (5.2-inch vs. 5-inch). As for the hardware, Xperia Blog has shared leaked screenshots that reveal some specs, including a 2.3 GHz Qualcomm processor, Adreno 330 GPU, 3GB of RAM, 20.7-megapixel rear camera, 2.1-megapixel front camera and Android 4.4 KitKat. The leaked photos can be seen below.