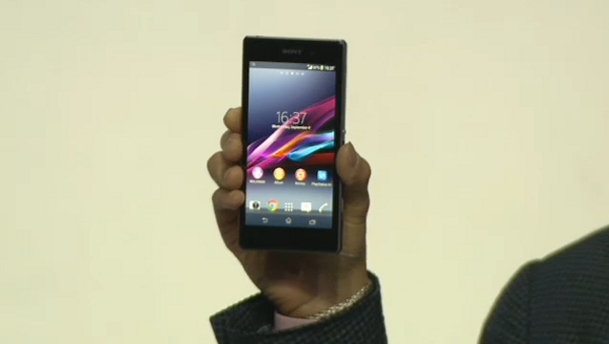 Sony may have not have had any secrets left to reveal about its latest smartphone after the official press release, specifications, and images leaked, but nevertheless, the Xperia Z1 was unveiled on Wednesday at IFA 2013 in Berlin, Germany. As previously reported, Sony’s most recent offering will feature a 5-inch 1080p display, a 2.2GHz quad-core Snapdragon processor, up to 16GB of internal storage, 2GB of RAM, 20.7-megapixel camera, and Android 4.2 Jelly Bean operating system. The press release also states that the Xperia Z1 can be paired with the upcoming Cyber-shot QX10 and QX100 lens cameras. The Xperia Z1 will launch this September. An official image of the Xperia Z1 can be found below.