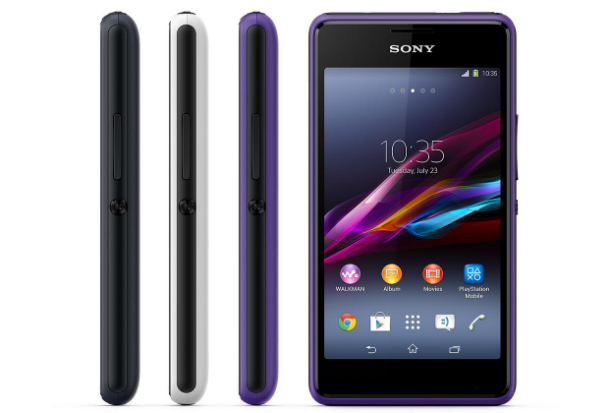 In addition to quietly unveiling the 6-inch Xperia T2 Ultra phablet, Sony has also announced a new Walkman-based smartphone that’s supposed to be the “best smartphone in its class,” according to the company. The Xperia E1 will likely be an affordable Android handset as well considering its specs. The device will offer a 4-inch display with 800 x 480 resolution, 1.2GHz dual-core Qualcomm Snapdragon 200 processor, 512MB of RAM, 4GB of storage (2GB available to the user), microSD support, 3-megapixel camera, HSPA+ connectivity, 100Db speaker, 1,700 mAh removable battery and Android 4.3 Jelly Bean under the hood, in addition to various Walkman features.

The phone will be available in black, white and purple, and it will come pre-loaded with a 30-day pass for Sony’s Entertainment Network music service. The phone should hit stores globally in the first quarter of the year, although pricing details and specific launch dates have not been revealed yet. Just like with the Xperia T2, a dual SIM version of the handset will be sold in some markets, the Xperia E1 Dual. More images showing the device follow below.