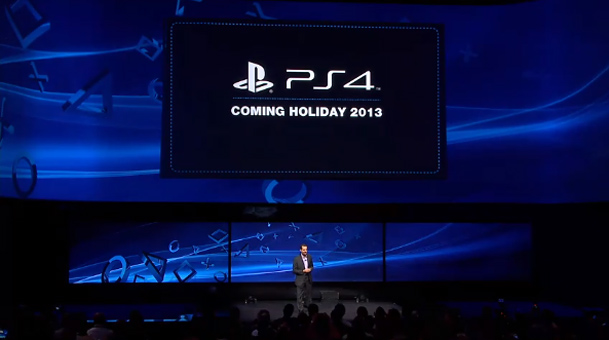 Count Goldman Sachs analyst Takashi Watanabe as being pessimistic on the PlayStation 4’s chances for success. Per Business Insider, Watanabe has penned a new research note that casts doubt not only on Sony’s (SNE) new console specifically, but on the gaming console business as a whole. Specifically, Watanabe thinks that smartphones and tablets are poised to erode consoles’ installed base because more people can get their gaming fix through cheap games such as Angry Birds and Cut the Rope rather than spending $60 to buy the latest version of Call of Duty. This lower installation base leads to negative reinforcement where developers are less likely to invest in developing top-notch games for the platform, which further erodes consumers’ willingness to shell out cash for the console.

“We see little reason for developers to produce top titles for platforms with a low installed base,” he writes. “In turn there is a danger the installed base will not grow because the content lineup is weak.”

Just this week, mobile app data firm App Annie released a new report in conjunction with research firm IDC showing that mobile games for the first time ever generated more revenue than console games in the fourth quarter of 2012, so Watanabe certainly has some legitimate reasons to be concerned about the future upside of dedicated gaming consoles. Combine this with the fact that Nintendo (NTDOY) Wii U sales have absolutely tanked in the past few weeks, and it’s easy to see why there’s a lot of anxiety around the console industry at the moment.