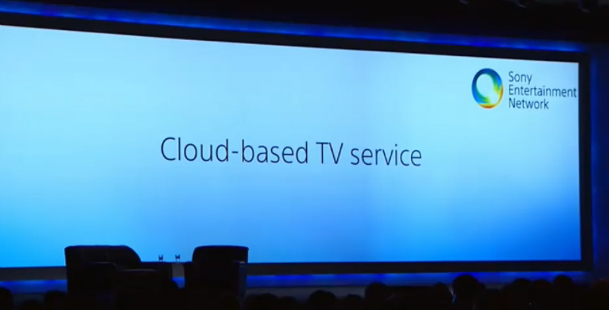 Sony on Tuesday at CES 2014 announced plans to launch a cloud-based TV service that will combine live TV, with video on-demand and DVR capabilities, allowing users to stream content from the cloud to their chosen connected devices without requiring them to purchase an additional box. The company said that the unnamed TV service will work on a variety of Sony devices, but also on other devices that have access to the Internet. The service will be tested in the U.S. later this year, although the company did not mention any pricing details or release plans for it.

Sony supported its announcement by revealing that based on the daily number of people streaming videos in the U.S., Sony’s network would make the top five U.S. cable and satellite providers. According to the company, there are more than 70,000,000 Internet-enabled Sony devices that could access such a TV service in the U.S. alone, of which 25 million are represented by PlayStation 3 consoles. The “old” console happens to currently be the number one device in the world for watching Netflix in the living room.

The service will have an “intuitive, dynamic interface that gets to know you” and will offer them personalized menus, as well as custom channels to meet their needs. Furthermore, the service will let users search across live TV and on-demand programs, provide a viewing history, and engage with friends. They’ll be able to pause video streaming on one device, and pick it up on another gadget later, Sony said, but a video demo of the cloud-based TV service or user interface was not offered.