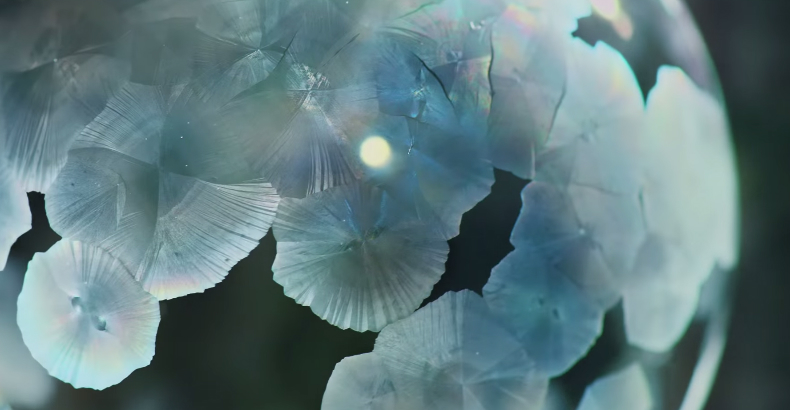 The next big thing in television might be 4K (or even 5K, for some). Or smarter TVs. Or curvy smart TVs that also do 4K. But that doesn’t mean you really need them, especially 4K big-screen TVs, since there isn’t enough actual 4K content to consume in the first place. But Sony has an amazing new TV ad that is so amazing it’s worth watching even if you’re not interested in 4K TVs at all.

FROM EARLIER: Video: MasterCard is doing for Apple what Google can only dream of

Shot in 4K, Sony’s new Ice Bubbles commercial is just one-minute long, and it doesn’t use any computer-generated special effects, as you might expect for such a video. Of course, that makes it even more impressive.

The focus of the spot is simple enough: It shows bubbles freezing and turning into ice spheres

The team shooting the commercial used some special equipment including a macro lens and cross-polarized lighting when recording the clip in 4K resolution, in order to better capture the colors and crystals as they recorded water bubbles turning into amazing ice bubbles in real-time.

The Ice Bubbles ad, and an extended behind-the-scenes video that further explains Sony’s Bravia 4K ad, both follow below.