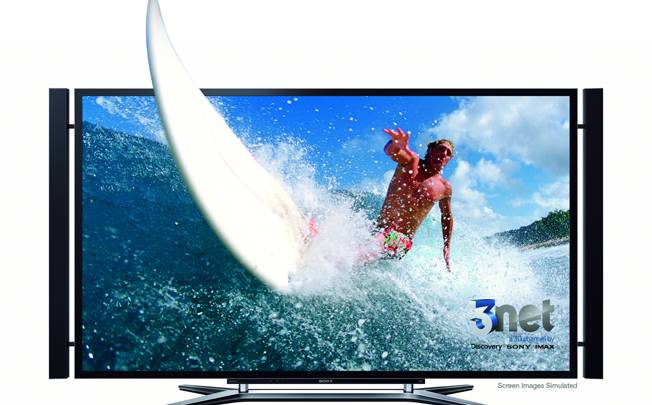 If you’re one of the few privileged enough to be able to afford Sony’s (SNE) $25,000 84-inch 4K resolution LED TV, you can probably buy a few 4K resolution cameras and go to town filming your cat in Ultra High Definition. With over 8 million pixels to push, Sony’s 4K TV looks superb if the content is running at full 3,840 x 2,160 resolution. Of course, the price tag isn’t the only drawback for Sony’s 4K TVs — the lack of native 4K content.

Blu-rays top out at 1080p resolution and can be scaled up to 4K, but don’t look nearly as crisp as native 4K resolution. Sony announced it will help jumpstart 4K TV sales by offering “the world’s first 4K Ultra HD delivery solution” – free of charge to anyone who pre-ordered its 84-inch 4K TV.

Sony’s blog is short on details regarding what kind of 4K content will be offered, but says the content will be pre-loaded before on the TV. And if you’re worried about getting some Best Buy demo showing timelapses, think again.

The content is “Not some goofy 4K content shot as a demo” and will supposedly be “full length feature Hollywood productions.” Hopefully that means content as good as Skyfall in 4K resolution.