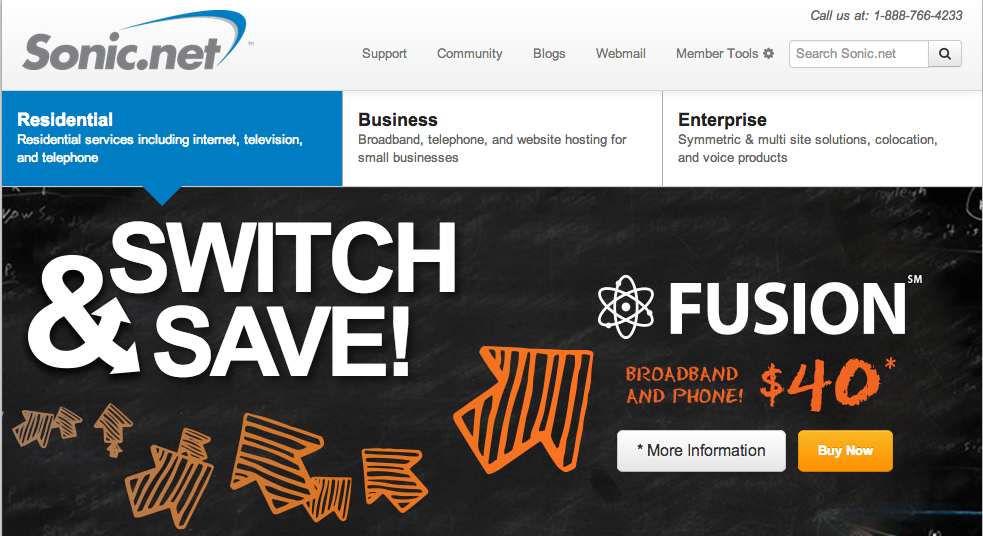 Hating your ISP has become one of America’s great national pastimes but there’s one ISP that’s actually trying to be liked by its customers for a change — and we’re not even talking about Google Fiber. Multichannel News has a terrific interview with Dane Jasper, the CEO of California ISP Sonic.net, and he calls out many rival ISPs’ business practices as both bad for consumers and completely unnecessary.

In the interview, Jasper says that there is simply no reason for ISPs such as Comcast to create data caps for their customers other than to make more money. In fact, he accuses many of his fellow ISPs of creating artificial shortages of bandwidth just so they can implement tiered pricing systems that cost their customers more money.

“When it comes to broadband performance and speed, the limits are artificial,” he tells Multichannel News. “They sound fair, but they’re entirely contrived. There isn’t a cost around speed. We believe that tiered pricing doesn’t make sense.”

Jasper’s company is putting its money where its mouth is too and is preparing to deploy a 1Gbps service to its customers in Brentwood, Calif. that will be bundled with voice services for only $40 a month. Impressively, this is the same monthly subscription fee that Sonic.net charges to its customers who subscribe to its copper-based services that deliver speeds of 20Mbps. Sonic.net also plans on upping speeds of its residential copper customers up to 50Mbps and won’t charge them extra for the increase.

This compares favorably to ISPs like Comcast that announce faster service tiers on their networks but also charge wallet-incinerating amounts of money for them.

“We just sell the pipe as fast as it will go,” Jasper explains.

Multichannel News’ full interview with Jasper is worth reading and can be found by clicking the source link below.