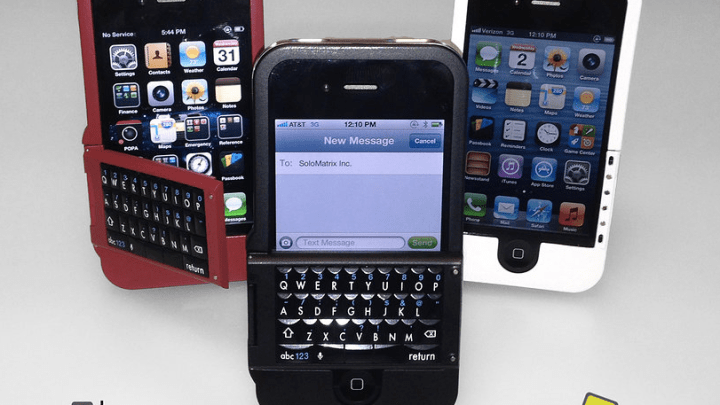 Unlike the Typo, Spike doesn’t cover up the iPhone’s home button and actually features a hinge design that lets you open and close it so you can access the full touch display without taking off the entire extension. On the downside, Stern says, the keys need to line up directly with the virtual keys on Apple’s own keyboard, which means that they’re slimmer than the keys on the Typo and aren’t as easy to use.

“It’s clear no software keyboard can give me the speed and confidence I get from one I can really feel,” Stern concludes. “The perfect transplanted BlackBerry keyboard may still arrive, but the Typo is the best one I have found so far. Ultimately, those of us with a love for hardware keyboards seem to be running out of time, especially if we want to maximize the benefits of modern-day smartphones.”