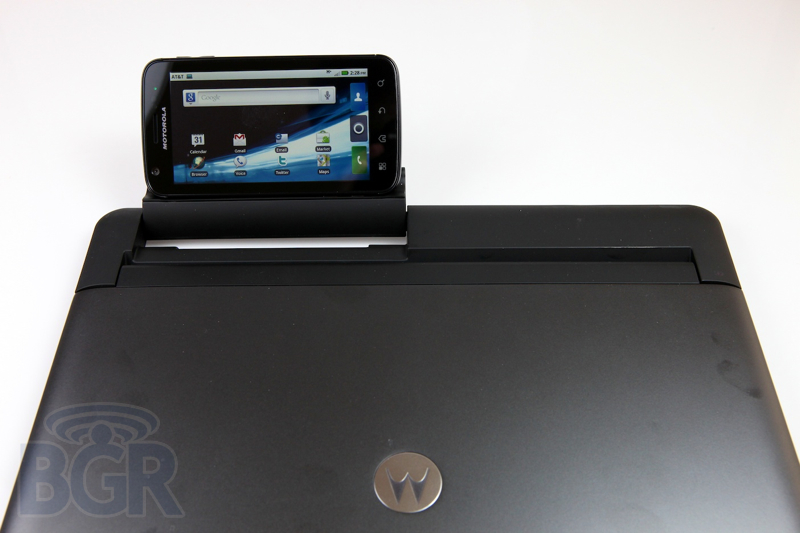 Do you remember the Motorola Atrix? Probably not — it wasn’t the best smartphone around when it was released and it was basically a flop in terms of sales. That said, it did have one very intriguing feature in its day: Webtop, which was software specifically designed to let you interact with your smartphone using a mouse and keyboard if you plugged it into a laptop dock. While practically no one used this feature, it did hint at an intriguing vision in which smartphones become our primary computing devices that we can carry with us everywhere and plug into assorted docks to use on different size screens.

We bring this up in light of new data released in Apple’s earnings report last week showing that iPad sales growth has essentially stalled even as iPhone sales growth has kept climbing upward. This has led analyst Benedict Evans to ponder why, exactly, the iPad has hit a wall for the time being even as the iPhone keeps chugging along. He concludes that right now it looks like smartphones have become the central computing device for most people and that tablets have become more like PCs that are used for specialized, work-related tasks.

“Looking at tablets and smartphones as mobile devices in a new category that competes with PCs may be the wrong comparison — in fact, it may be better to think of tablets, laptops and desktops as one ‘big screen’ segment, all of which compete with smartphones, and for which the opportunity is just smaller than that for smartphones,” Evans writes. “And so tablets will over time eat away at laptop and desktop sales just as laptops ate away at desktop sales, but the truly transformative new category is the smartphone. Maybe.”

Evans hedges with a “maybe” because right now there’s just not enough data to draw a rock-solid conclusion. However, we do know that smartphones have been getting a lot more powerful in recent years and that doesn’t figure to stop anytime soon, especially with octa-core smartphones with 4K displays on the horizon. And as smartphones become capable of performing more and more tasks, their ability to serve as our primary personal computers will only grow.