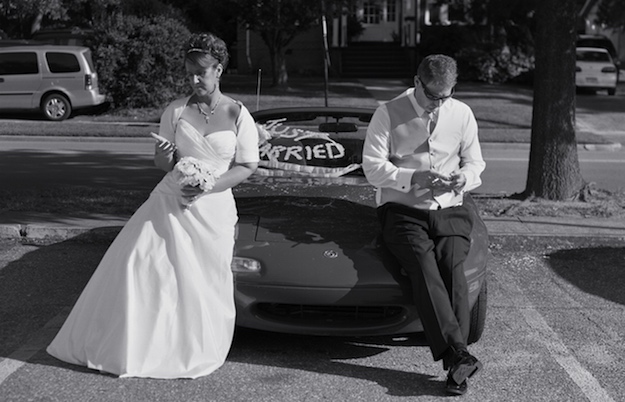 I can distinctly remember a time when having a cellphone was not just anomaly, but something that elicited snide comments from people who couldn’t possibly fathom why anyone would need to be connected 24/7. During my freshman year of college, for instance, I remember a roommate with a cellphone being asked, on account of his fancy new toy, if he was a drug dealer. After all, what else in the world could possibly explain why an 18-year old might need a cellphone?

Things were a lot different back in the mid to late 90s; cellphones were futuristic, decidedly clunky, new, foreign, and still teetering on the brink of entering the mainstream.

Flash forward to 2015 and the world has changed drastically: Cellphones have become “smartphones”, and damn near everyone has one, from your 80-year-old grandma down to your 10-year-old cousin. What’s more, most people today don’t even use their smartphones to, well, talk on the phone. From checking email and playing games to an endless stream of apps, there are no shortage of ways to literally spend hours of time staring openmouthed at the Gorilla Glass display on your smartphone of choice. Whether you’re partial to the iPhone or more of an Android guy/gal, it’s hardly an overstatement to say that we, as a society, have become obsessed with our smartphones.

In 2015, we live in a world where commercials warn against the dangers of texting and driving and funerals now instruct grievers to make sure that their phone ringers are off. The evidence of our collective smartphone obsession is hard to ignore. Truly, it’s everywhere.

In an effort to highlight how ridiculously disconnected smartphones can make us, photographer Eric Pickersgill came up with an absolutely ingenious concept. In a photo series titled REMOVED, Pickersgill shows us how otherwise intimate moments are lessened by our constant gazing at and engrossment in electronic devices. Pickersgill cleverly accomplishes this by showing us photos of people looking at smartphones that aren’t actually there.

Using a large-format view camera, Pickersgill hunted for moments in which people are absorbed by their phones. After they agreed to pose for a portrait, he removed the devices from their hands before making a photo. Other images in the series are more staged, and are intended to show how technology has been creating walls between people.

The result is a truly thought-provoking series of photos, a few examples of which are shown below.

As for what triggered the idea for the photo series, Pickersgill writes of a scene he saw in a cafe one morning:

Family sitting next to me at Illium café in Troy, NY is so disconnected from one another. Not much talking. Father and two daughters have their own phones out. Mom doesn’t have one or chooses to leave it put away. She stares out the window, sad and alone in the company of her closest family. Dad looks up every so often to announce some obscure piece of info he found online. Twice he goes on about a large fish that was caught. No one replies. I am saddened by the use of technology for interaction in exchange for not interacting. This has never happened before and I doubt we have scratched the surface of the social impact of this new experience. Mom has her phone out now.

Make sure to check out Pickersgill’s website for even more photos from his eye-opening and incredibly interesting series.