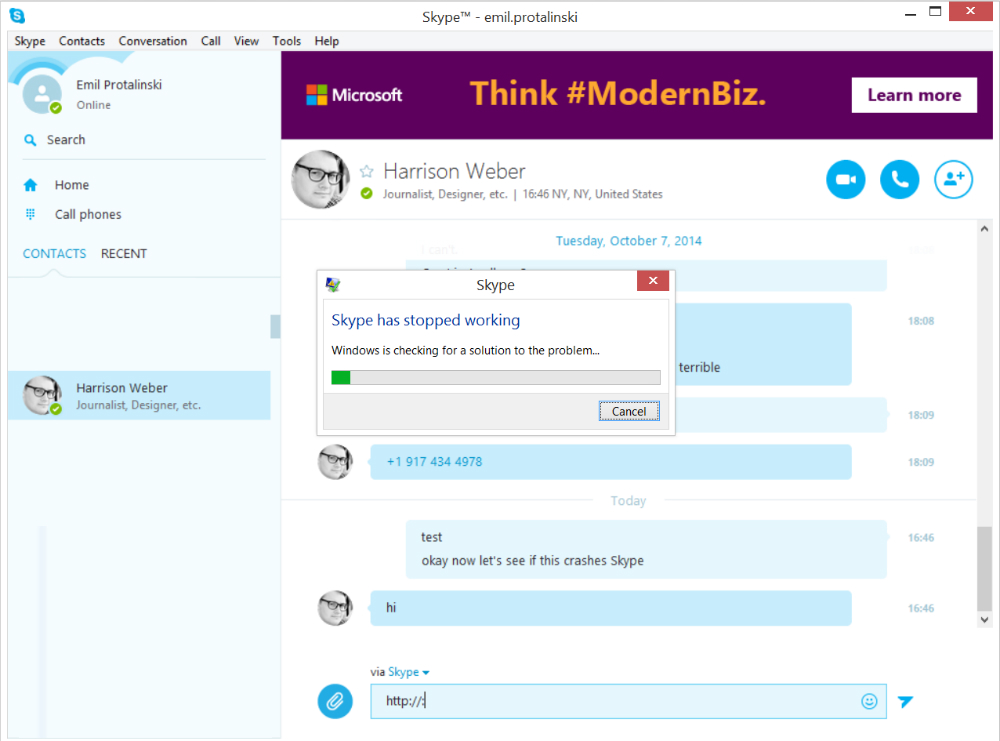 Apple’s iMessage isn’t the only chat platform that can be crashed with help of a silly message, as Microsoft’s Skype is also similarly vulnerable.

The two incidents aren’t related however: Apparently it takes a much shorter message to crash Skype, Venture Beat reports.

Typing the following message inside Skype “h ttp://:” will crash the app. Furthermore, Skype will then crash any time you try signing back in after the app’s original crash.

A simple trick such as clearing chat history won’t be sufficient, as Skype will apparently download your chat history from the server, causing it to crash again. One way of fixing the issue is telling the person who sent the message to delete it.

Testing the bug, the blog discovered that Skype for Android and iOS fall into endless crash loops when the message is received. Skype for Windows also crashed, but Skype for Mac was left unharmed.

Meanwhile, Skype has confirmed the bug and it’s working on fixing it, Microsoft told the site.

The company has already taken a first step towards eliminating the issue by automatically replacing the message with a “This message has been removed” alert, Business Insider reveals.