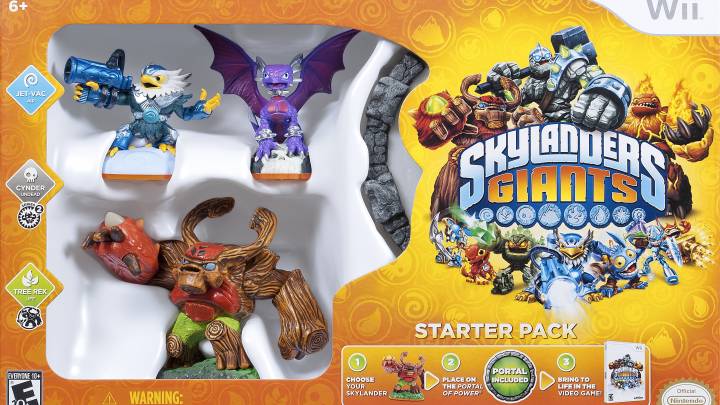 The Skylanders gaming and action figure franchise just passed $1.5 billion in global sales, which is proof positive that combining plastic figurines with video games can make magic. The race to create the next mega blockbusters that feature physical objects turning into characters in video games is now about to go into overdrive in Christmas 2013.

Disney just launched its extremely ambitious new Infinity project last week where familiar Disney heroes and villains can now be bought as plastic toys that help expand gameplay options. Disney is rumored to have spent as much as $100 million on developing Infinity. The key fact here is that the Starter Pack costs $75. Disney has looked at how much money Skylanders-addicted families spend on feeding their habit and concluded that premium pricing is the way to go.

Next up: Hasbro and Rovio will kick off a new Star Wars collaboration in September. The pricing is a cut below Disney’s raging ambition: The high-end Star Destroyer Set is $40, the Death Star Trench Set is $20 and the basic Telepods 2-pack costs just $6. Disney’s Infinity games do feature deeper gameplay, vast sandbox customization options and more advanced graphics, so this explains some of the price differences.

The challenge here comes from the size of Skylanders’ first mover advantage. This franchise has burrowed deeply into the guts of the middle class America, feasting on the entertainment budget of families with children between the ages of 6 and 12. How much room is there for multiple figurine/game franchises that are each designed to suck in $100-plus during the first two months in a household? It could well be that this Christmas will define the shape of the new toy/game hybrid industry by telling us how many franchises families can juggle. Naturally, the debuts of pricey new Microsoft and Sony consoles are one obstacle for new high-end toy/game projects this Christmas.

The two new challenger franchises both have one thing going for them: they are posting strong toy sales before the video game tie-ins debut. Skylanders had to create awareness for both the hybrid concept and its characters. Disney and Rovio have thriving toy sales they can exploit to give their new projects an extra kick: Kids actually want to buy Princess Aurora or Angry Bird figurines even without the game tie-in. In that sense, the coming Christmas clash is not only about price points and game quality, it is also about whether the figurines have standalone appeal.

It is possible that we are dealing with a genuine earthquake in the toy industry. The era of standalone toys could be drawing to a close. If you are going to spend $10 or $15 on a plush toy or a plastic figurine, why not get one that also turns into a living, talking creature on your iPad or a game console? If Rovio in particular hits it big this Christmas, we could see a dozen major mobile app franchises picking toy line partners for the Christmas 2014.