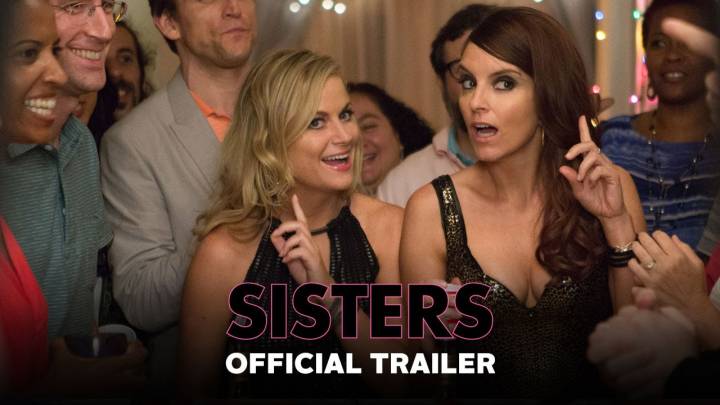 They’ve been so busy with their own projects that they haven’t had a chance to team up in years, but now that Parks & Recreation and 30 Rock have concluded, Amy Poehler and Tina Fey are back together at last. Written by SNL alum Paula Pell, Sisters is being directed by Jason Moore, who made his directorial debut with Pitch Perfect in 2012.

Here’s what YouTube has to say about the plot of the film:

Tina Fey and Amy Poehler reunite for Sisters, a new film from Pitch Perfect director Jason Moore about two disconnected sisters summoned home to clean out their childhood bedroom before their parents sell the family house. Looking to recapture their glory days, they throw one final high-school-style party for their classmates, which turns into the cathartic rager that a bunch of ground-down adults really need.

It looks as ridiculous as anything the two have worked together on in the past, from Baby Mama to Mean Girls. This one definitely appears to be on the broad end of the spectrum, but after Poehler and Fey dominated the Golden Globes for the past few years, I’m willing to give this one a chance.

Watch the trailer below.