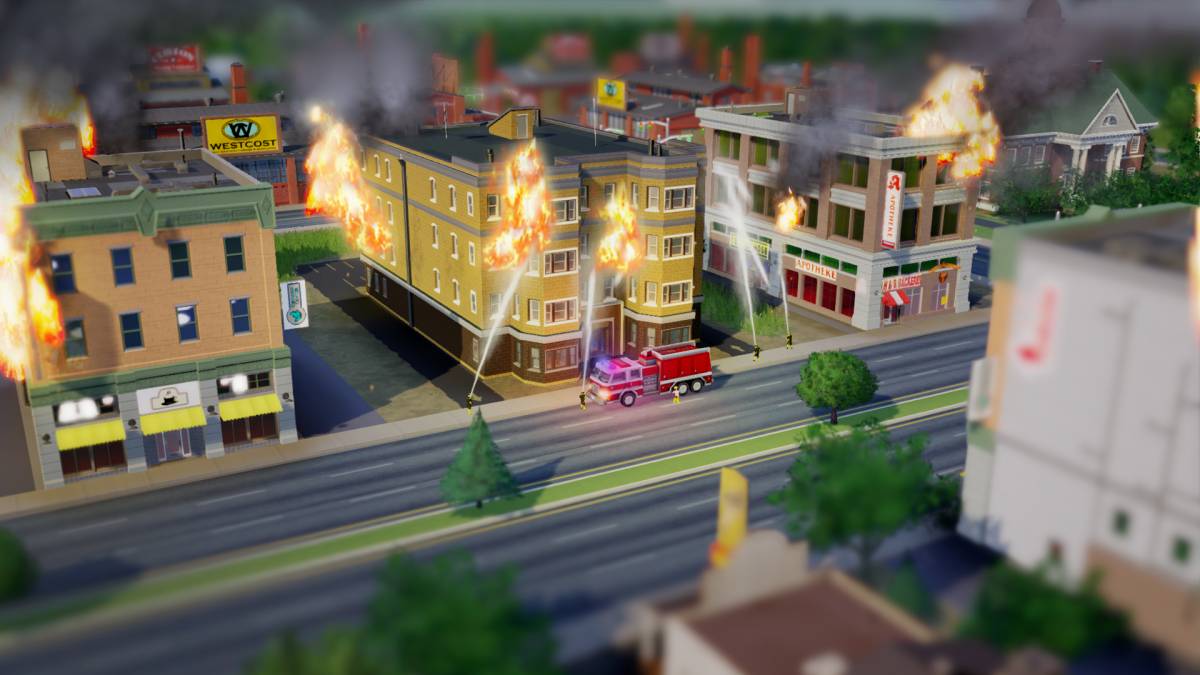 Over the past couple of days, “SimCity” has eclipsed “Pope” in global search volume. Electronic Arts has finally created something that has captivated the world with an intoxicating melange of drama, tragedy and sick humor. Too bad all of these elements emerge from EA’s project management, not the game itself. The first stage of the SimCity fiasco stemmed from how EA’s servers spectacularly failed to cope with the entirely predictable launch week traffic. But the next stage is potentially even more damaging. On EA’s Answer HQ website, one of the most heated discussion threads is now about whether the entire pathfinding and traffic management systems of the game are badly broken.

Several players have noted that the characters in the game don’t actually have any permanent jobs or homes. They simply walk to the nearest available open job or a suitable home at certain times, a simplification that creates major headaches in city planning. Sims that start walking don’t switch to mass transit if they don’t find a job nearby; kids don’t get to schools easily; all cops go to a single crime scene even if police stations are carefully spread in different parts of the city. School buses, fire trucks and tourist hordes all seem to have trouble finding obvious routes to their goals. As a result, designing a functional city may mean planning a street grid and placement of different facilities in a deeply counterintuitive way. Players have to design their cities to suit bad algorithms, not realistic goals.

One popular emerging strategy is to construct a city with a single street winding back and forth like a snake. This enables players to reduce the problems of having school buses that cannot find students and fire trucks that refuse to go where they are supposed to. A popular way to avoid suffocating traffic jams is to fill the city with wide avenues, resulting in weird maps where normal streets are used as sparsely as possible.

The lame pathfinding algorithms may explain one of the biggest mysteries surrounding this new SimCity iteration; why is the city size limited so drastically? Many early reviews cited claustrophobia as the number one complaint even before the server problems surfaced, including the exhaustive Ars Technica piece. It now seems likely that the strict size limitation may have been necessary to avoid complete gridlock.

The ambitious goal of having SimCity populated by “real people” may thus be backfiring quite spectacularly — partly because of the complications caused by forcing the shortest route to nearest job, home or school on Sims in the most rudimentary way. This translates to inability to deal with traffic jams by opting for a parallel street. Populating the cities with foolish agents with no memory or permanent roles has capped the city size to a level that deeply annoys most franchise fans.

The SimCity saga is evolving into a mesmerizing example of mismanaging a highly ambitious project in multiple ways. Forcing consumers to have an always-on internet connection; underestimating server loads; insisting on the unnecessary and destructive goal of having “real people” populating the simulation; capping the size of the cities at a level that obviously alienates long-time fans; and deciding to go ahead with the game launch even with clearly inadequate pathfinding algorithms.

There is little doubt that many an MBA program will mine this episode for course material in coming years.