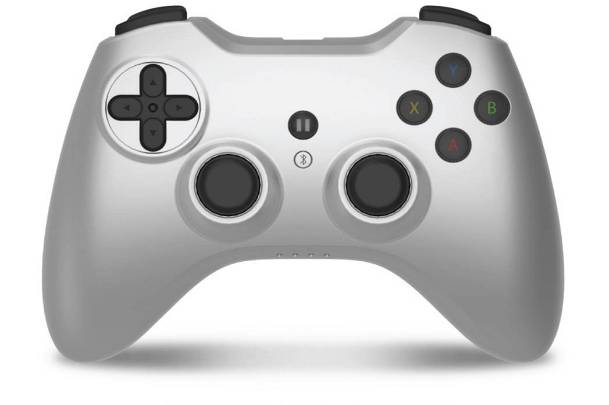 Many of the game controllers that have been announced for the iPhone and iPad have doubled as cases, but standalone controllers are the new trend emerging from CES this year. On Monday, SteelSeries showed off the Stratus Wireless Gaming Controller, a device with fairly compact design featuring a full array of buttons and two joysticks for a gaming experience comparable to playing on a console.

SIGNAL has taken its design a step further with the RP One, a controller unveiled on Tuesday that is in many ways indistinguishable from a third-party Xbox controller. The RP One connects to mobile devices through Bluetooth, which opens the controller up for gaming on the iPhone, iPad and iPod touch, and the controller will come packaged with a stand for your iOS device. SIGNAL also claims that the controller will last for up to 10 hours on a single charge, similar to the Stratus.