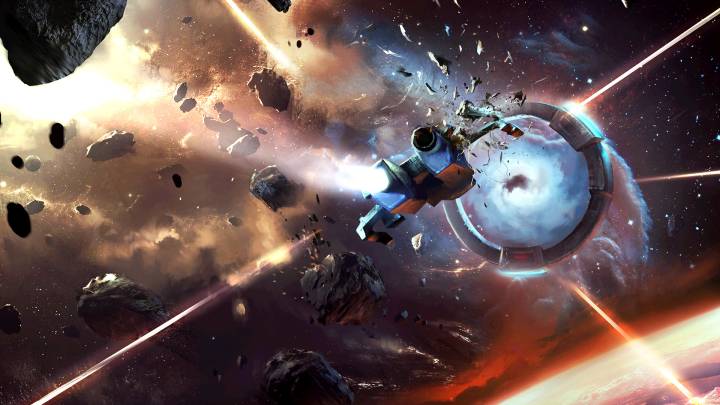 One of the most popular strategy series of all time is getting a spin-off. 2K and Firaxis announced Sid Meier’s Starships on Monday, a new game that will serve as a sequel (of sorts) to Civilization: Beyond Earth, the developer’s major 2014 release. The game doesn’t have a release date yet, but is expected to launch on PC, Mac and iPad in early 2015.

FROM EARLIER: Will Windows 10 be a PC gamer’s dream come true?

Despite featuring notably different gameplay, Starships is set in the same universe as Beyond Earth, a universe in which mankind has left Earth to begin colonizing other, occasionally hostile planets.

“When designing Starships, I was intrigued by the idea of exploring the next chapter in the story of Civilization: Beyond Earth. What happens after we colonize our new home and eventually build starships to take to the stars? What has become of our long-lost brothers and sisters from the planet Earth?” said Sid Meier, director of creative development at Firaxis Games.

“My goal was to create an experience that focuses on starship design and combat within a universe filled with interstellar adventure, diplomacy, and exploration.”

In Starships, you’ll command a fleet of intergalactic travelers as they attempt to establish a planetary federation by exploring the galaxy, researching new technologies and taking part in turn-based battles. There will be several campaigns, and the game will cross-connect with Beyond Earth to provide additional content for players who own both games.

Check out the announcement trailer for Starships below: