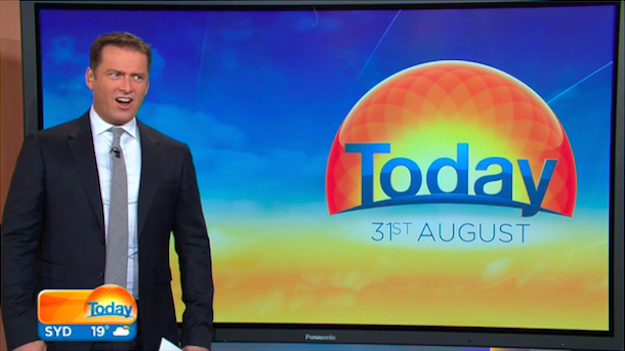 Have you ever seen something you couldn’t rationalize? Something so ridiculous, you couldn’t comprehend the fact that it was real? That’s how 9 News Perth anchor Karl Stefanovic felt after watching a 15-foot-long shark emerge from the depths of the ocean in one of the most terrifying videos he’d ever seen.

The segment itself was actually about the equipment that allows cameramen for the Discovery Channel to get better footage of sharks than they’ve ever been able to in the past. First up is the W.A.S.P. (water armor shark protection), a mobile cage which lets divers walk around the ocean floor while filming sharks.

It’s probably the safest way to effectively capture footage of a shark underwater, but it’s not impenetrable.

“A great white shark can smash any cage to pieces if it really wanted to but these sharks are cautious by nature. So, they’ll probably knock [the WASP] around and test it,” the Discovery Channel’s Jeff Kurr told FFJournal.

Another cage, called the HORNET, is dragged behind a boat to lure sharks to the surface. In case you were wondering whether or not that would be effective, just watch the video below:

Be sure to visit 9 News Perth for the full story.