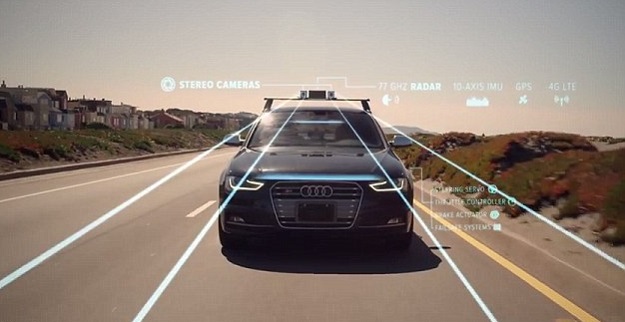 With companies like Google, Tesla and reportedly Apple working on delivering autonomous vehicle technology to the masses, traditional auto manufacturers have begun taking steps to ensure that the industry doesn’t pass them by.

Case in point: General Motors today announced its plan to acquire Cruise Automation, a company that achieved acclaim by selling sensor-laden “kits” that enabled car owners to add autopilot driving features to their cars after-market. Though financial details of the acquisition weren’t publicly released, it’s believed that GM picked up the company for more than $1 billion.

DON’T MISS: The only Android phones other than the Galaxy S7 you should consider buying today

In addition to Cruise Automation’s technology, GM will also be bringing the company’s tech-superstar CEO Kyle Vogt on board. An MIT grad, Vogt first rose to prominence after co-founding Justin.tv. A few years later, Vogt helped co-found Twitch, a company Amazon ultimately snatched up for $1 billion in 2014.

The broader takeaway from the story is that car companies are finally realizing that it’s time for them to pick up the pace, especially in light of all of the innovative technology Tesla is obsessively bringing to the market. With respect to GM in particular, the company reportedly has plans to incorporate Cruise Automation’s technology into its vehicles during the manufacturing process.

General Motors has been criticized for being slow to adopt new technology and for letting tech companies like Google take the lead in developing self-driving cars. However, GM has been quietly worked on self-driving technology, and its been one of the most aggressive automakers in adding Wi-Fi to dozens of new Buick, Chevrolet, Cadillac, and GMC models thanks to a AT&T 4G radio module providing the same kind of high-speed link one would expect from the latest 4G iPad or Samsung Galaxy.

The auto industry is notoriously slow-moving, but it stands to reason that the next few years will be incredibly exciting to watch.

As a final point, it’s worth pointing out that Porsche is one auto company that isn’t amped up about self-driving technology. Quite the opposite, in fact. During an interview last month Porsche CEO Oliver Blume dismissed self-driving cars while noting that no one buys a Porsche because they’re interested in having someone else (read: a computer) drive it.