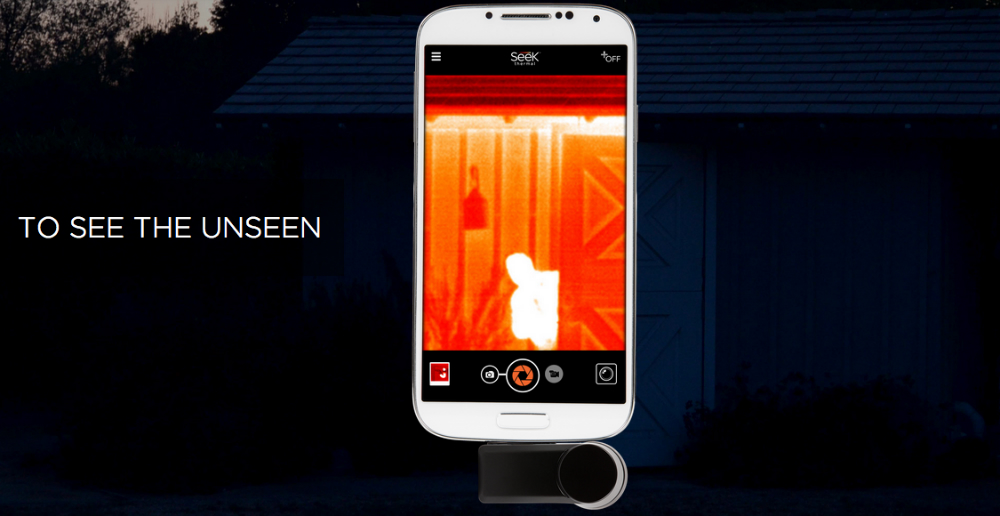 The Seek Thermal is a cool standalone smartphone camera add-on that lets users take pictures and record videos in a thermal imaging mode, though many iPhone and Android device owners may not have an actual need for that other than the “coolness” factor. The device attaches to a supported smartphone via a Lightning or microSD port, The Next Web reports, and costs $199.

The Seek Thermal measures in at 2.75 x 84 x 0.84 inches, weighs 0.5 ounces and features a special True Thermal Sensor with 206 x 156 Array and 32,136 Thermal Pixels. While that might sound boring, the fact is the Seek Thermal camera might come in handy in a variety of situations where the user could learn more details about his or her surroundings by being able to check for heat dissipation.

Like in some spy and action movies, the Seek Thermal camera sees the heat emitted by living things and objects and can be used for practical purposes – like seeing in the dark – or for more artsy endeavors.

Since the thermal camera is a smartphone accessory, it won’t work by itself, and comes with a handy application that allows the user to further customize his or her experience. The device needs an iPhone 5 or later iOS device (as a Lightning port is required) or an Android handset with Android 4.4.2 KitKat (or later) on board to work.

More details about the Seek Thermal camera are available at the source link.