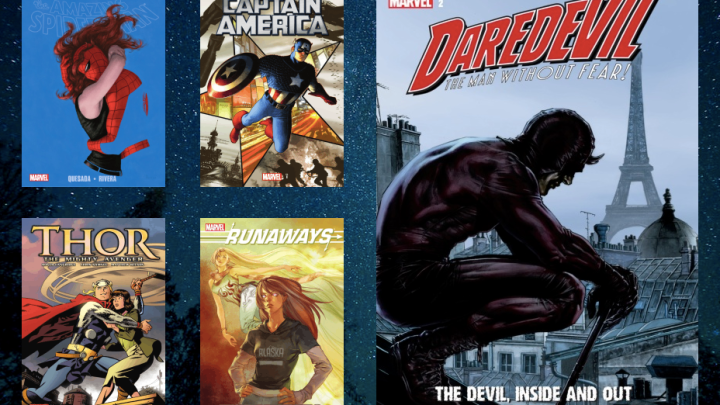 The floodgates have official been opened in regards to comic book movies. Over the next few years, Marvel, DC, Sony Pictures and 20th Century Fox are going to release over 30 movies starring some of our favorites superheroes (and other we’ve never heard of), which means it’s probably time that we caught up on the full stories.

Starting this week, Scribd, the online service that has been called “Netflix for books,” will begin offering comics. As of Tuesday, over 10,000 comics are available on Scribd from major publishers like Marvel, IDW, Archie and Valiant. These will all be included as part of the standard $8.99 monthly fee.

“We’re really tailoring our service to die-hard voracious readers, and we’re servicing publishers to bring them this audience that we have,” said Scribd’s vice president of editorial and marketing, Julie Haddon.

Scribd is clearly in touch with the current “voracious” trend of watching an entire season of a TV show in a single day as the company has also added a “binge button” to allow readers to move to the next comic in a series without missing a beat. The app will also offer background information on comic book heroes as you search for your next series.

Scribd isn’t the only unlimited book service on the market, but this might be the addition that tips the scales away from Kindle Unlimited and Oyster.