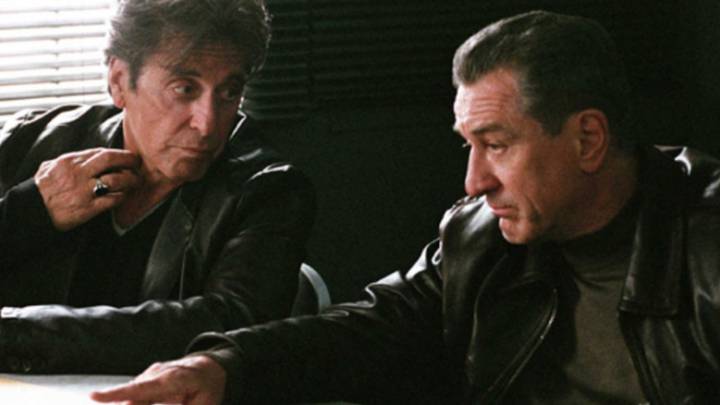 It’s officially official: The I Heard You Paint Houses mob movie is going to start shooting next year, and none other than Robert De Niro confirmed in an interview that he’s teaming up with longtime partner in crime movies Martin Scorsese. Joining them for the ride will be two other actors that you might have seen in quite a few mob flicks: Al Pacino and Joe Pesci.

Based on Charles Brandt’s book I Heard You Paint Houses: The Story Of The Biggest Mob Hit In History, the movie tells the story of mobster Frank ‘the Irishman’ Sheeran, who’s played by De Niro.

“We are doing it… We should be doing it sometime next year,” De Niro told Digital Spy. “We’re slowly, slowly getting it in place.”

“To paint a house is to kill a man,” the book’s blurb reveals, and Sheeran confessed to Charles Brandt that he handled more than twenty-five hits for the mob and for his friend Jimmy Hoffa.

“We have been trying to do [the film] for the last few years, and I think we will do it,” De Niro said during a recent visit to Jimmy Fallon’s The Tonight Show. “It’s about a guy who… confessed that he killed [Jimmy] Hoffa and [infamous New York gangster] Joe Gallo.”

“I’m gonna play that character. That’s something I’m looking forward to very much,” he added.