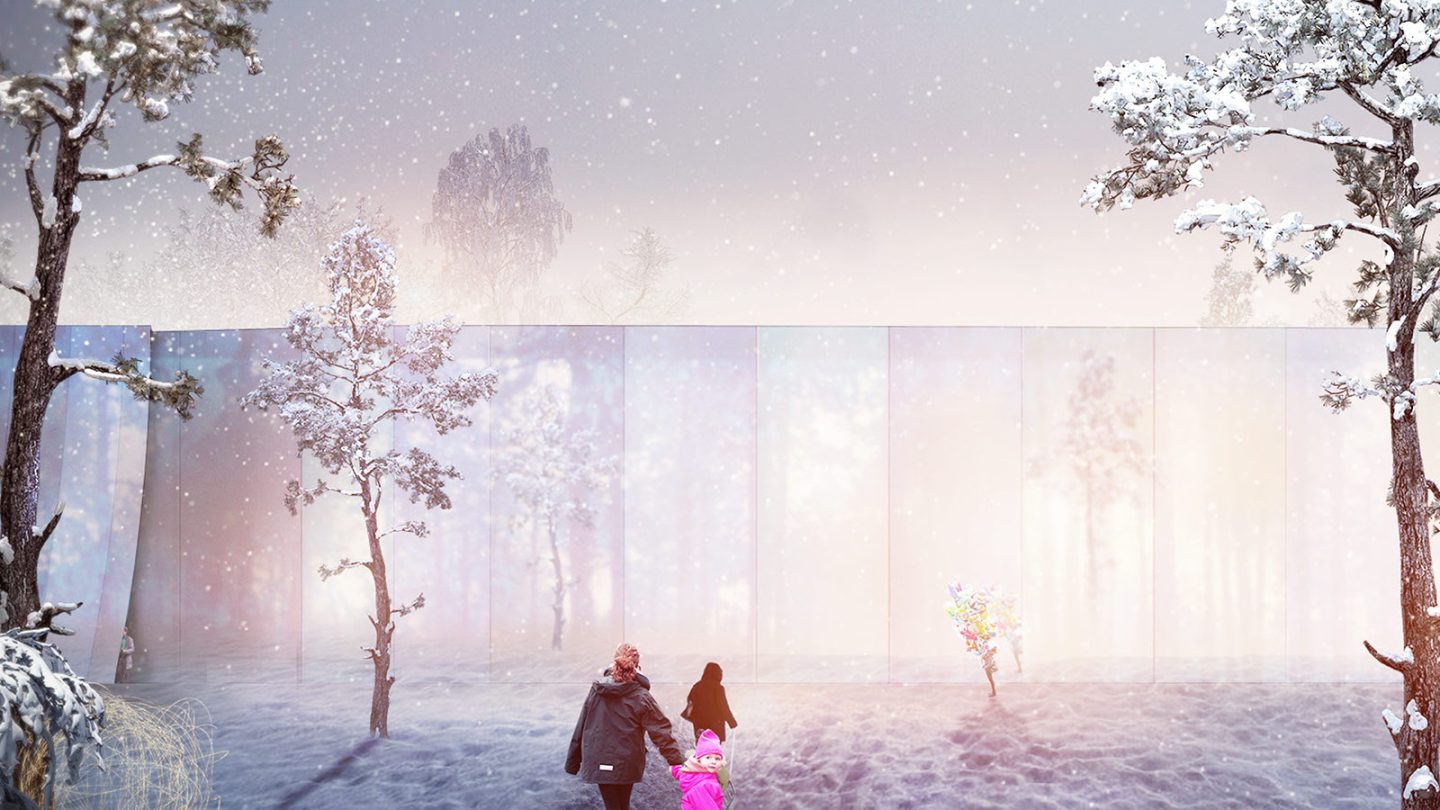 Finnish construction company Ruuki and Helsinki Design Week decided to hold a special competition for architects, tasking them with designing Santa’s modern “logistics center.” The competition’s theme appears to have been very appealing to architects out there, with more than 240 proposals being submitted from 59 countries, complete with some amazing visuals.

FROM EARLIER: Google is ready to help you track Santa this Christmas

“The jury was genuinely surprised at both the sheer number of proposals and the amount and quality of thinking that had been invested in the competition by the entrants,” the competition’s Unbelievable Challenge site reads. “The competition as a whole made it clearly apparent that the building type in question can be improved drastically in terms of efficiency, architectural quality and sustainability.”

The winning design (image above) came from Romanian architects Alexandru Oprita and Laurentiu Constantin, who imagined a building that’s invisible during the day, coming to life at night like Santa does. “The strength of this proposal is being able to exhibit an idea of surprise and magical character within the building itself,” the architects said. “The magic happens at night-time on the building’s façade and there’s a link to the investor – Mr Santa Claus.”

The jury awarded other prizes to other interesting designs that tried to take Santa’s operation to the 21st century. Some images showing these headquarters proposals and a video summing up the Unbelievable Challenge follow below, with detailed plans and more pictures available at the link in the source section.