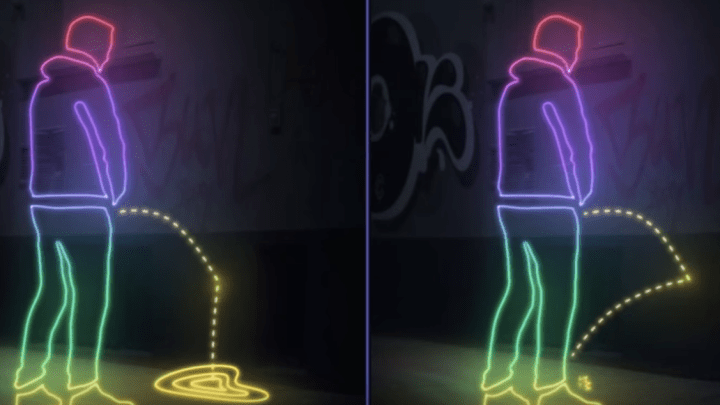 People who think it’s cool to pee in public alleyways may be about to receive a rude awakening. Quartz brings us word that the city of San Francisco is experimenting with a special kind of paint for walls and other outdoor surfaces that will repeal liquids back from whence they came. You know what this means: Peeing on a wall in San Francisco could soon have the unintended side effect of peeing on your own pants.

DON’T MISS: Google Maps tricks that will completely change how you use the app

The paint is called “Ultra-Ever-Dry,” and is produced by a company called Ultratech International, which describes its paint as “a revolutionary hydrophobic that repels water and refined oils using nanotechnology.”

A spokesperson for San Francisco’s Department of Public Works explains to Reuters that the paint has some unique properties that cause liquids to bounce off it instead of absorbing them as other paints do.

“The urine will bounce back on the guys pants and shoes,” she told Reuters. “The idea is they will think twice next time about urinating in public.”

Check out this video of the paint in action in the German city of Hamburg. As you’ll see, it really does an amazing job of giving public urinators a taste of their own yellow medicine.