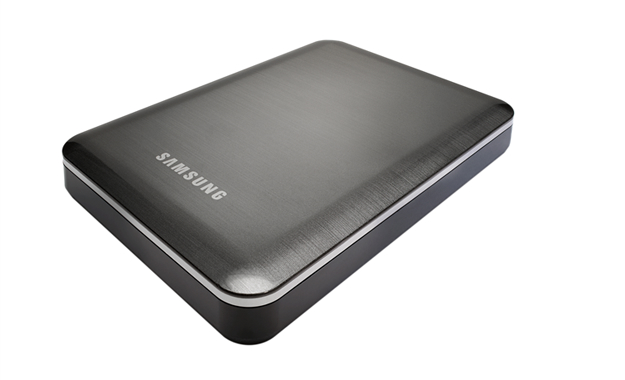 Samsung and Seagate on Monday announced a new external hard drive made specifically for Android mobile device users, which can help them fix any complaints related to bloatware or battery life. The “Samsung Wireless” is a $179 wireless hard drive that offers users access to 1.5TB of data and a backup battery.

The device will allow up to five simultaneous Wi-Fi connections and will connect via USB 3.0 to other supported devices. In addition to smartphones and tablets running Android 2.3 or later, the Samsung Wireless also works with Windows and Mac computers, but not iOS devices.

Samsung Wireless also packs a battery capable of powering it up for 7 hours, and it can also be used to charge a smartphone or tablet, although it’s not immediately clear how much of a charge the device’s battery will hold.

While not specifying how big the device really is, Samsung says that the Wireless drive has a “sleek,” “small form-factor” that is “light weight.”

An actual ship date for the Samsung Wireless drive isn’t available yet, and the device can’t be ordered from Samsung or Amazon at this time.

A similar solution already exists for iPhone and iPad users looking for more storage on the go, the LaCie Fuel announced at CES 2014, although the device doesn’t also let iOS device users recharge the batteries of their devices.

The official press release follows below.

CUPERTINO, Calif.–(BUSINESS WIRE)–Seagate Technology plc (NASDAQ: STX) today announced that its Samsung® HDD business unit is shipping its new Samsung Wireless media device for mobile users. Consumers can now carry up to 750 movies, and unprecedented libraries of music and photos everywhere they go. Samsung Wireless allows up to five users to connect making this the ultimate entertainment hotspot. The Samsung Wireless is available globally for MSRP of $179.00.

“Samsung HDD continues to drive innovation of storage solution for enterprise level to consumer applications,” said Doug DeHaan, General Manager, Samsung HDD division. “Smartphones and tablets are more and more becoming the preferred method for consumers to watch video content but these devices have limited storage capacity. Samsung HDD is meeting this burgeoning demand by providing a device with the storage capacity consumers need to supplement their mobile device.”

“Android is the most popular OS for smartphones on the market with 78.1%* market share; Samsung leads smartphone vendors with 39.5%* market share. The Samsung Wireless gives those consumers a fitting accessory to carry with them. Consumers will now have the luxury of having all of their multimedia content with them everywhere they to go, to enjoy personally and share with family and friends,” said David Klenske, Product Line Director, Samsung HDD.