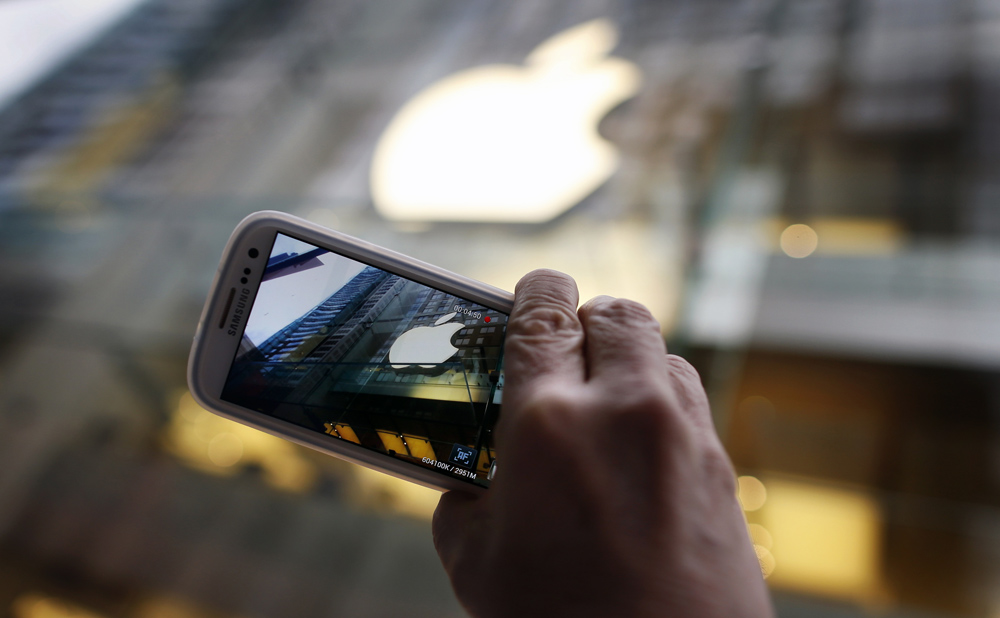 Samsung wasn’t shy when it copied many of Apple’s smartphone, tablet and even software designs as it rose to become the top vendor in the smartphone market. A series of high-profile lawsuits and a tremendous amount of media pressure then caused the South Korean company to pump the brakes a bit, and it stopped copying Apple so blatantly in its devices. Now, Samsung has seen its profits plummet in the past two quarters as attention turns away from its high-end phones toward the iPhone 6 and iPhone 6 Plus, and as pressure from Chinese phone makers mounts at the low end.

As we explained in a recent article, going back to copying Apple might be exactly what helps get Samsung back on track. And now, it looks like Samsung might have found yet another new way to copy Apple.

Samsung is set to unveil its next-generation flagship Galaxy S6 smartphone during a press conference on March 1st. The device has been the subject of numerous leaks and rumors over the past few weeks, and we even saw supposed images of the new Galaxy S6 and Galaxy S6 Edge variant recently.

According to all of these reports, Samsung’s new Galaxy S6 will copy Apple in a number of key ways. For example, Samsung will supposedly move away from flimsy-feeling plastics for the first time and build the phone entirely out of aluminum and glass, just like the iPhone 5. It will also launch a new product called Samsung Pay, according to an exclusive BGR report, that functions much the same way as Apple Pay.

Apple loves control, and it has an uncanny ability to turn that control into profit. One example is the company’s authentication chip system that helps prevent third parties from making unauthorized accessories for iPhones, iPads and iPod touch devices. This way, in theory, only Apple’s partner companies can make accessories, and they’re all approved for use with Apple devices.

And it looks like Samsung will employ the exact same accessory authentication chip system with its new Galaxy S6.

“Samsung Electronics is attempting to build a new ecosystem of mobile phone accessories through its ‘Galaxy S6’ phone,” Digital Daily’s Yun Sang-ho wrote in a report on Tuesday. “It wants to increase the number of partner companies and maximize profits by strengthening its authentication system and developing the market of authentic products, like Apple.”

He continued, “According to Samsung and other sources, Samsung Electronics has decided to manufacture authentication chips and mount them on the accessories for the Galaxy S6. It will also supply the chips to the companies that want to produce accessories for the phone. It is the first time for Samsung to produce authentication chips by itself and supply them to third parties.”

According to an earlier report from BGR, the Galaxy S6 will feature a quad HD display, a 64-bit octa-core processor, a 20-megapixel rear camera, up to 128GB of internal storage and Android Lollipop.

Here’s everything Apple might announce at its April 20th event