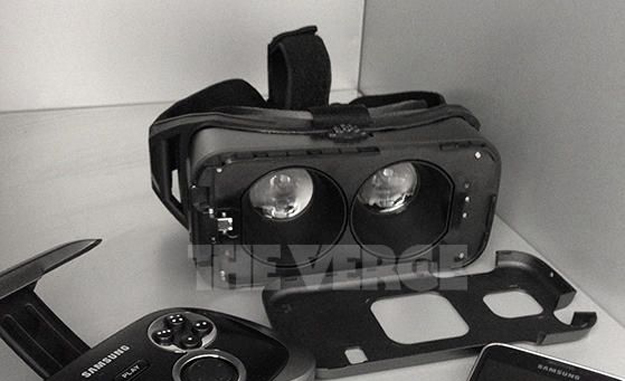 There’s little doubt that the Galaxy Note 4 will be Samsung’s centerpiece at the IFA 2014 trade show next month, but the smartphone maker might have a few surprises in store for the audience as well. The Verge is the latest publication to report that Samsung will also be showing off its VR headset, codenamed “Project Moonlight,” at IFA in September.

The site has also gotten ahold of a new image of the device previously known as the Gear VR, further substantiating the rumors that it will be more similar to Google’s Cardboard than the Oculus Rift or Project Morpheus. In other words, Project Moonlight won’t be a standalone headset, but rather a pair of goggles which work in tandem with a connected smartphone.

In the photo, we can see a Galaxy S5 sitting alongside the headset, but there’s no telling which devices will be compatible with the VR device. It’s probably safe to assume that any new phones announced at IFA 2014 will be able to fit snuggly inside the headset though.

The Verge also notes that the headset appears to feature a focus dial on top and a micro USB connector to the side of the lenses. The Samsung GamePad has also found its way into the shot, potentially signaling that gaming will be a priority for Samsung with the release of the VR headset.

Expect more on the device when Samsung takes the stage at IFA in Berlin on September 3rd. The full image can be seen below.