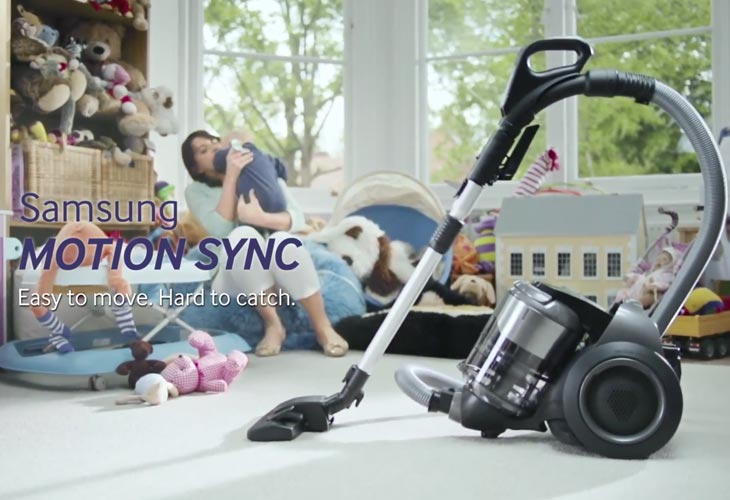 When a new Samsung product launches, can a patent-related lawsuit be far behind? BBC News reports that British manufacturer Dyson has filed a patent lawsuit against Samsung because its newest vacuum cleaner is allegedly a “cynical ripoff” of a Dyson vacuum cleaner model. At issue is an accusation that Samsung’s Motion Sync vacuum cleaner infringes upon a Dyson patent that describes a “steering mechanism for cylinder cleaners” in its own vacuums. Dyson founder Sir James Dyson says he finds it difficult to believe that Samsung didn’t know it was borrowing freely from his company’s designs when it made the Motion Sync.

“Samsung has many patent lawyers so I find it hard not to believe that this is a deliberate or utterly reckless infringement of our patent,” he tells BBC News. “We have been forced to issue proceedings in the English High Court, but I would much rather invest in research to develop new technology than have to sue.”

Samsung was successfully sued by Apple last year for allegedly infringing upon some of its design patents for the iPhone, so the company is no stranger to intellectual property controversies. It will be interesting to see whether Samsung decides to quickly settle with Dyson over the alleged infringement or if it wants to drag the suit out in court.