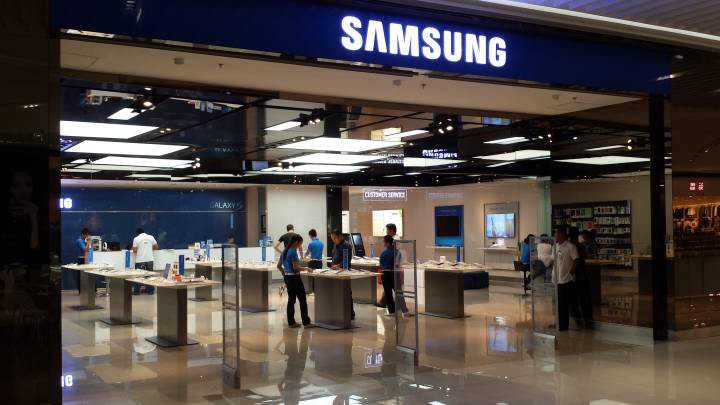 Although Samsung often gets tagged as a copycat in the realm of smartphones, the company really does produce some remarkable innovations, particularly in the realm of displays. Patent Shot has spotted a recently filed Samsung patent for a new kind of transparent display technology that can be used to convincingly add digital images to the real world and thus blur the line between virtual reality and physical reality.

What makes this technology particularly impressive is the way it’s capable of tracking where a user is and adjusting the image accordingly. So if you had a store window with a virtual display set up on one of Samsung’s transparent screens, people looking at it would be able to see it from different angles just as they would with a real display.

Patent Shot writes that “if this technology is commercialized, it can be applied in many fields” such as apparel stores where “people can just put a naked mannequin in the store window and dresses the mannequin by overlapping an imaginary cloth.” And if you want to get really creeped out, Patent Shot notes that the display could even detect what different people walking by are wearing and change the virtual clothes on the mannequin depending on their fashion tastes.