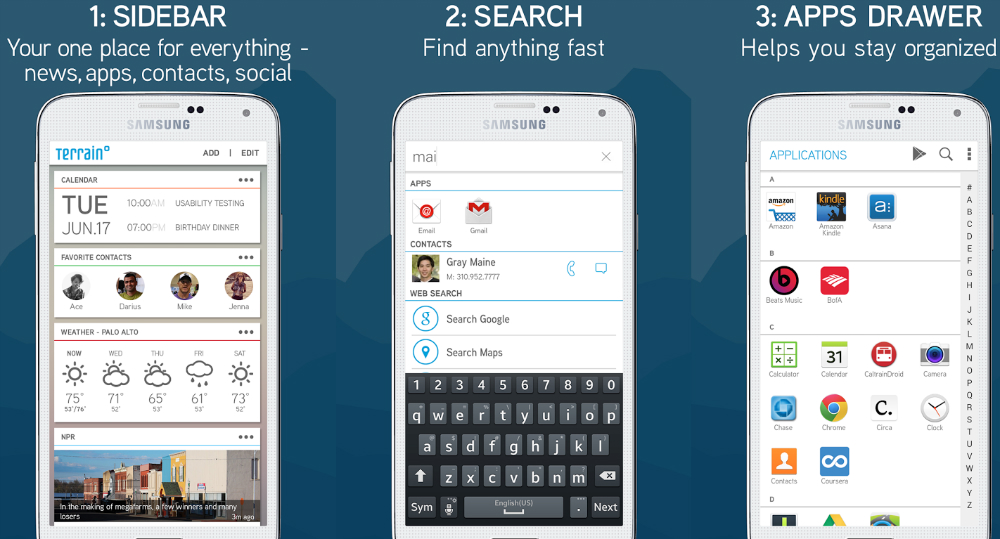 As for its functionality, the Terrain launcher app comes with three home panels, a main one that looks like “regular Android,” one on the left that has a Google Now interface and one on the right that features an app drawer.

While the Google Now-like panel seems to offer users quick information just like Google’s app, this feature is not tied to any of Google’s services, therefore it lacks the “knowledge” power that’s behind Google Now.

One of the most interesting features of Terrain Home is battery optimization. “Unlike other smart launchers, Terrain is optimized for efficiency and will not kill your battery,” the app’s description read.

The app, available already in the Google Play Store as a free download, is still in beta, and will work with devices running Android 4.1 Jelly Bean or later.