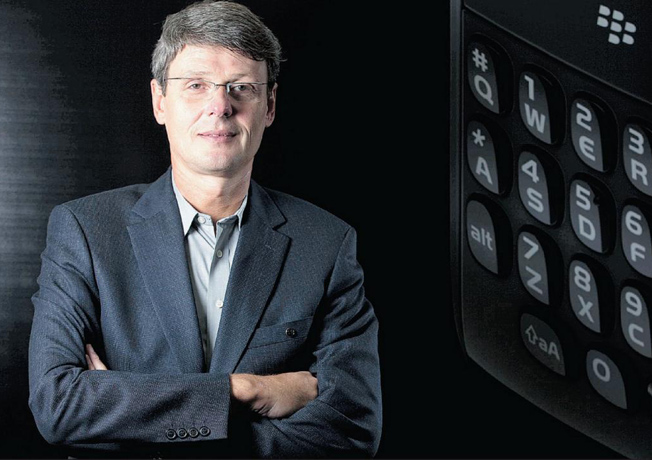 Samsung (005930) unveiled its Knox security solution last month during the annual Mobile World Congress trade show, but smartphones sold by the world’s top vendor will never feature “top-notch platinum” security according to BlackBerry (BBRY) CEO Thorsten Heins. The problem, Heins told CNET in a recent interview, is that Android is inherently insecure due to its open nature. “You don’t know how many keys you’ve given to the main door of your house because it’s open software,” Heins said of Android. “So what are you trying to do? You’re locking the windows.” The executive added that BlackBerry 10 was designed from the ground up with security in mind, so Android phones from Samsung and other vendors will always be more susceptible to malware and other attacks.

UPDATE: Samsung issued the following statement to BGR via email in response to Heins’s claims:

“The BYOD trend shows that people want to choose the device they use for work. With a 100 million Galaxy S devices sold, it is clear that Samsung is growing in popularity. We are committed, and investing significantly, to ensure our devices can be used securely for both work and play,” said Tim Wagner, Vice President and General Manager of Enterprise Sales for Samsung. “In the second quarter, SAFE with KNOX will ship on our much anticipated and innovative Galaxy S 4, which will provide consumers and companies with access to government-level, from the metal to the OS, security that includes a secure container so they can keep their work and personal lives separate. SAFE with KNOX is just the beginning for us. You will continue to see us rapidly innovate to meet and surpass the security and line-of-business needs of our enterprise customers.”