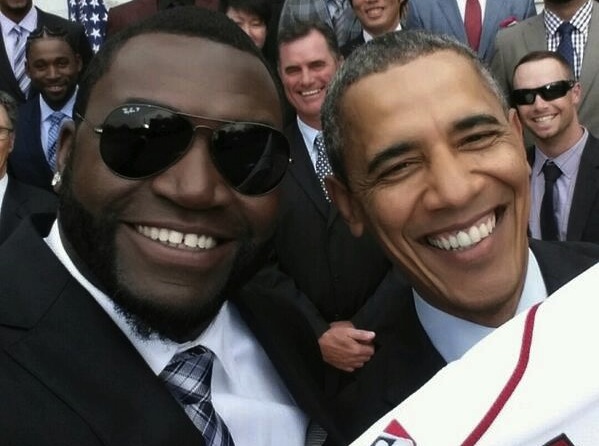 As we’ve mentioned in the past, Samsung’s marketing team can be absolutely brilliant when it’s on its game and on Tuesday the company scored one of its most successful coups yet: It got World Series MVP David Ortiz to snag President Barack Obama in a seemingly spontaneous selfie that was actually a planned marketing stunt. The Boston Globe reports that Samsung recently signed a contract with Ortiz to make him one of the company’s “social media insiders,” which basically means he’ll take pictures with his Samsung phone that will help promote the brand.

The Globe says that after Ortiz took the picture with Obama, Samsung promoted it on its Twitter feed and made sure to let everyone know that Big Papi took the pic with his fancy new Galaxy Note 3. In an email sent to the Globe, Samsung said that “when we heard about the visit to the White House, we worked with David and the team on how to share images with fans” although the company says that it “didn’t know if or what he would be able to capture using his Note 3 device.” The White House says that, much like with the NSA scandal, Obama was unaware of Samsung’s planned selfie stunt.

Samsung earlier this year got Oscar host Ellen DeGeneres and actor Bradley Cooper to snap a star-studded selfie at the Academy Awards this year, so it’s looking like Samsung’s latest guerilla marketing game involves getting as many famous people to snap selfies with Samsung phones as it can.