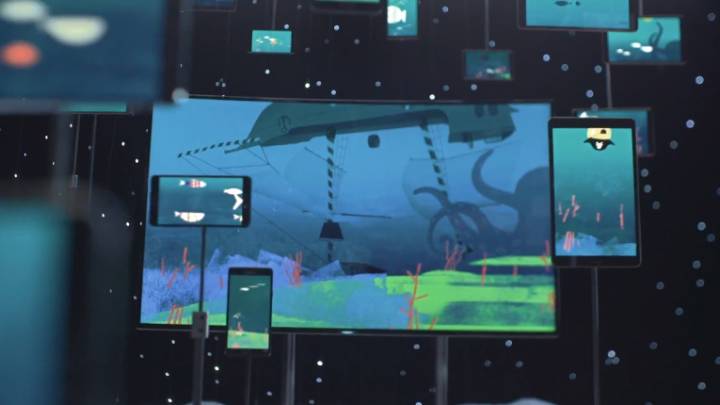 Apple earlier this week released an inspirational holiday TV ad focusing more on the holiday spirit than on product placement, although the spot is obviously intended mainly to sell Apple devices. Similarly, Samsung has created a heartfelt holiday ad of its own with a similar focus, though Samsung’s product placement is a bit more obvious because of the way this “Holiday Dream” ad is put together.

FROM EARLIER: Video: Apple’s heartwarming new holiday ad might move you to tears

The South Korean company used no less than 74 different Samsung devices, some of them easily recognizable, to tell this particular story.

“This year, Samsung Mobile built a synchronized dreamscape out of 74 different devices to tell the story of a young girl’s holiday dream,” the company wrote on YouTube. “Watch as the Galaxy Tab S, Galaxy Note 4, Gear S, and Curved UHD TV come together in a whole new way.”

A team of 10 animators created the on-screen art over three weeks using the S Pen stylus on a Galaxy Note 4 for the initial sketches. A crew of 30 people needed 17 hours of shooting to record all the material for the 2:23 minutes clip, with the entire set having been built in some 60 hours.

Published on December 13th, the story is already a viral hit on YouTube, having passed 5 million hits in just a few days.

Samsung’s Christmas story and a behind the scenes video are both embedded below.