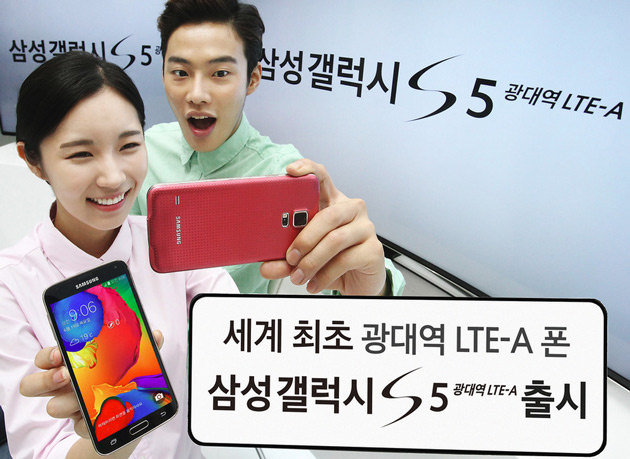 Samsung finally took the wraps off of its hotly anticipated Galaxy S5 LTE-A — previously known as the Galaxy S5 Prime — earlier this week. Highlighted by a jaw-dropping a 5.1-inch Super AMOLED display with quad HD resolution, a 2.5GHz quad-core Qualcomm Snapdragon 805 processor and 3GB of RAM, the Galaxy S5 LTE-A represents a significant improvement over the somewhat lackluster Galaxy S5, but consumers outside South Korea may never get to enjoy the beastly handset. For the time being, Samsung has no plans to launch the Galaxy S5 LTE-A globally.

“Samsung launches the Galaxy S5 Broadband LTE-A in Korea at the end of June 2014,” a Samsung spokesperson told Android Central when the blog inquired about global availability. “At this moment, there is no specific plan to provide the product to the global market.”

The Galaxy S5 LTE-A is Samsung’s first smartphone to feature an ultra HD AMOLED display, which touts a pixel density of 576 pixels per inch.

The narrow release of the phone may have to do with production yields of the spectacular new display. Back in February, a well-placed source told BGR that Samsung had initially planned to unveil a quad HD version of its Galaxy S5 alongside the standard version, but display yield issues prevented the launch.