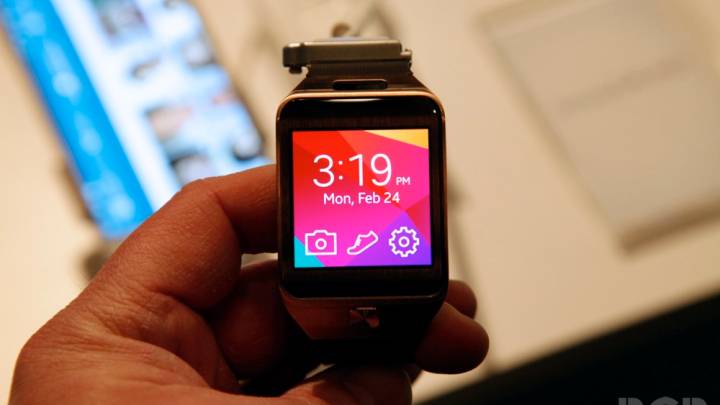 Samsung is taking another stab at the wearable market this week with a slew of new wearables: the Gear 2 and Gear 2 Neo smartwatches and the Gear Fit fitness tracker. As expected, the new Gear models are much improved over the original Galaxy Gear, with more comfortable designs and cleaner interfaces, but they also happen to be surprisingly easy to take apart. iFixit tore into the new wearables to find that replacing a battery in the Gear 2 is almost as simple as replacing a battery in a regular watch.

The Gear 2 features a 1.63-inch Super AMOLED display (320 x 320 resolution), 4GB of internal storage, 300 mAh battery, 2-megapixel camera and IP67 certification. In order to access the internals of the Gear 2, all you need is a small screwdriver. Once inside, iFixit found that the battery was immediately accessible, equipped with a convenient pull tab to make replacements even easier. The Gear 2 was awarded a high repairability rating of 8/10.

The Gear Fit is unsurprisingly a bit more stripped down than its larger counterparts, featuring a 1.84-inch display (432 x 128), 180 MHz CPU, 210 mAh battery, accelerometer, gyroscope and heart rate monitor. The Fit is also more difficult to crack open, requiring a source of heat to loosen the adhesives holding the display to the base. If you are willing to risk some minor damage and handle overwhelmingly tiny innards, the battery of the Fit has a pull tab as well, but getting to it could be problematic. The Gear Fit scored an admirable 6/10.

Check out the full video review at iFixit, and if you want to pick up a Gear of your own the Gear 2 is available now for $299, and the Gear 2 Neo and Gear Fit will both run you $199.