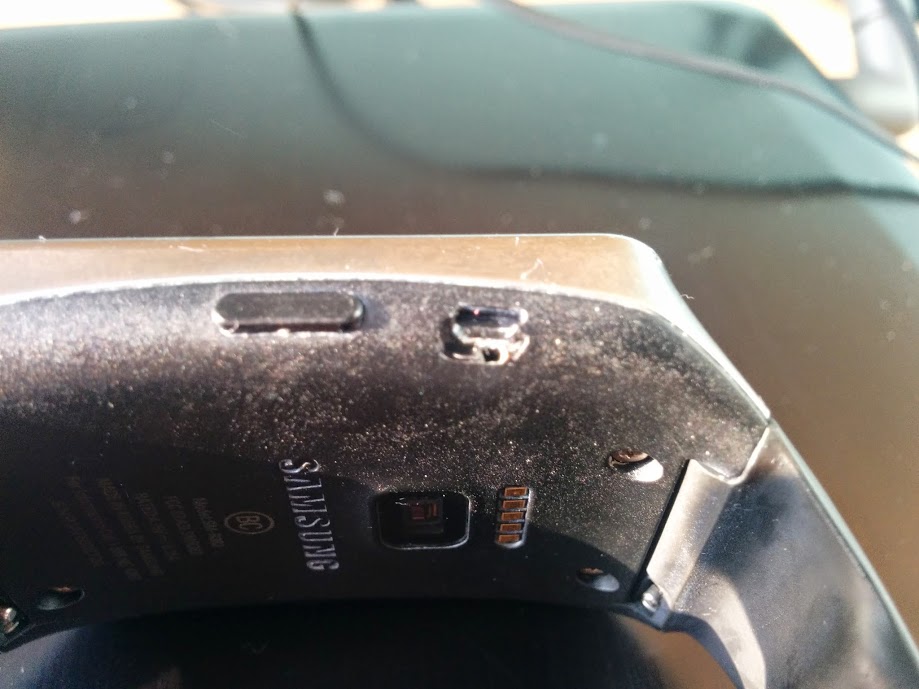 Android Wear has the mobile development community very excited, but the hardware might not be ready for primetime quite yet. Reports have begun to circulate stating that the charging mechanism on Samsung’s Gear Live is breaking off, making it impossible to power the device once it runs out of juice. Several Google I/O attendees who have been affected by the issue have taken to Google+ to share their experiences and photos of the broken smartwatch.

Rory Glynn, Android Specialist at Tapadoo, began by seeking help through Samsung’s website, but quickly realized he didn’t have the “model code” he needed. After 20 minutes on hold with Samsung’s support line, he was disconnected under the pretense that no one on the support team was available. He then moved on to the number Google had provided him, offering “limited support, repairs or replacements within the US (including shipping) for one year.”

Although the Google employee was helpful and informative, but couldn’t provide direct assistance as the issue was hardware-related. Glynn was rerouted back to Samsung support and put in touch with an actual operator, but she didn’t understand the problem or why Glynn wouldn’t have any proof of purchase. She finally created a ticket and informed Glynn he would have to pay for the repair cost if he decided to send it in.

“So yeah… die in a fire Samsung!” Glynn proclaimed at the end of his exhausted Google+ post.

Two other Gear Live owners have reported issues as well, one with the same broken mechanism and another with a busted adapter, but with so few Gear Lives out in the wild, it’s hard to know if this is an insignificant problem faced only by a few unlucky I/O attendees or something that might persist now that the device has been released to the public.

In case you were wondering how ridiculous the device looks while it’s charging, Android Police has you covered: