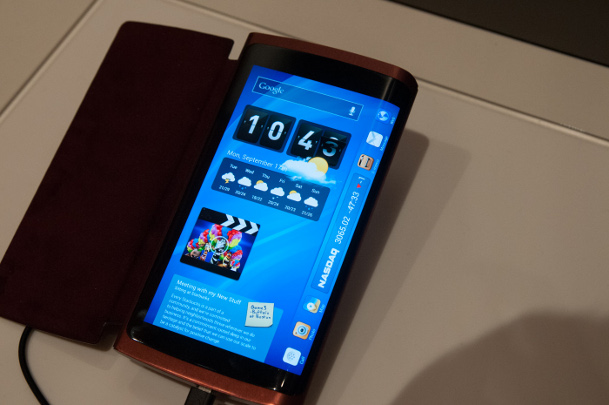 The Galaxy Round is Samsung’s first commercial attempt to bring a curved display to its smartphones, but the next evolution of the new technology might be right around the corner. Bloomberg reports that Samsung is planning to release a Galaxy smartphone with a wraparound display in 2014 that will make use of the Youm technology currently featured in the Round. According to Bloomberg’s sources, “the three-sided display may be used in the S or Note series of premium handsets or may be the first in a new line.” Each of the three sides will function independent of one another.

This report lends some credence to the rumor that the Galaxy Round is nothing more than a prototype. Samsung might have beaten LG to the market, but if Apple plans on releasing its own curved display devices next year, the competition is going to become significantly more intense.

“Samsung is the dominant player,”  said analyst Lee Do Hoon. “That gives it a competitive advantage over Apple in the race to make phones with bendable displays.”