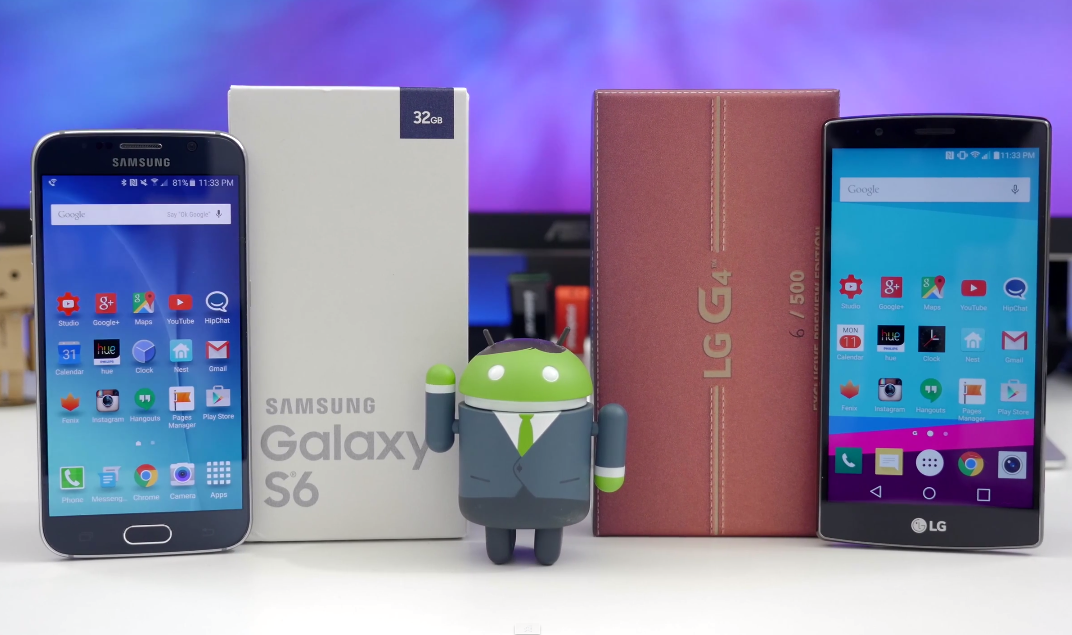 2015 has been an embarrassment of riches for Android fans looking for a beautiful new smartphone and Dom Esposito of 9to5Google has put together another one of his terrific videos that gives a first-rate comparison of the LG G4 and the Samsung Galaxy S6.

Esposito starts his video by going over both phones’ basic specifications, although as we’ve seen lots of times before, specs aren’t everything when it comes to producing a quality smartphone. That said, Esposito says that the Galaxy S6 really does live up to its high specifications when it comes to display quality, as it’s “hands down” the best looking display he’s ever seen on a smartphone. He also gives Samsung credit for making TouchWiz much more responsive than the infamously laggy TouchWiz we’ve seen in older Samsung devices.

When it comes to the G4, Esposito says its build quality isn’t quite as strong as the Galaxy S6’s but is nonetheless solid. He also gives the G4 points for having a removable battery and a micro SD card, two features that the Galaxy S6 most notably lacks. Esposito also says that the G4 has the slightly better overall camera, which is quite high praise considering how great the Galaxy S6’s camera is.