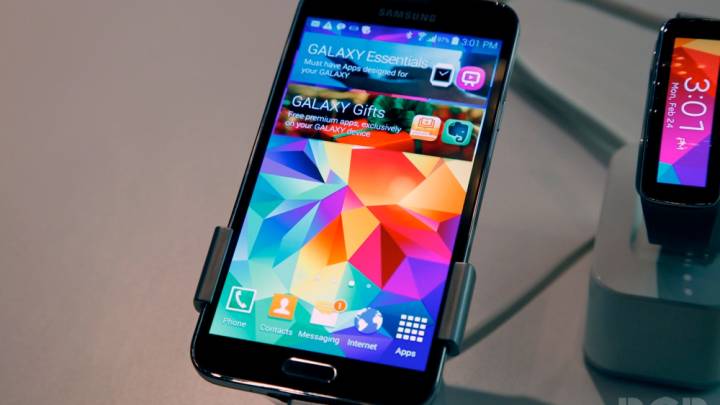 With the Galaxy S5 just a week and a half away from its release, Chipworks decided to tear down its own copy of the device to get a better look at its coolest hardware features. But instead of going over the top-line specs such as the processor speed and the display resolution, Chipworks went out of its way to examine what it considers to be the three biggest hardware innovations in the device: The 16-megapixel camera, the heart rate monitor and the fingerprint scanner.

The camera is particularly interesting because it’s reportedly been a major pain for Samsung to manufacture and as of last week the company was still struggling to get enough of them produced in time for the device’s launch on April 11th. Chipworks says that one of the camera’s prominent features is Samsung’s new ISOCELL technology that the company says will enable “a 30% reduction in crosstalk and 30% increase in full well capacity” and make for better pictures in low-light situations. The Galaxy S5 will be the first phone to use this new technology, which Samsung first announced last fall. Chipworks also makes note of the stacked chip image sensor that Samsung first announced at CES.

As for the heart-rate monitor, Chipworks has found it right near the device’s LED camera flash while noting that it works by “illuminating your finger with red/infra-red light, and monitoring the changing reflection as your finger pulses with your heartbeat.” And finally, Chipworks says that the Galaxy S5’s fingerprint scanner is significantly different from the iPhone 5s’s because “it seems to be split into two parts — a touch sensor incorporated into the home button, but also it takes input from  the main touch screen, and both have to be used to get your ID loaded.”

The teardown specialists at Chipworks haven’t quite finished their teardown as of this writing and you can look for further updates on their work by clicking the source link below.