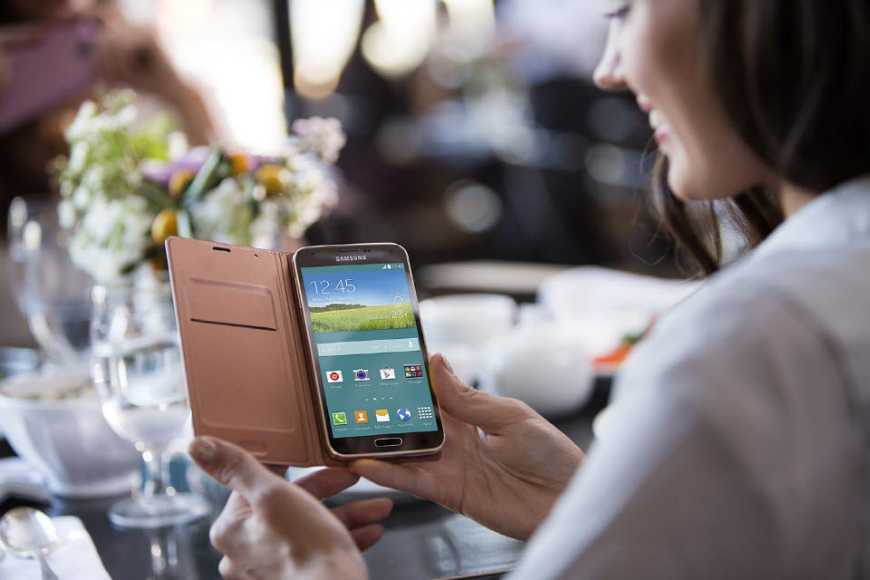 It’s here. Samsung’s unveiled its Galaxy S5 on Monday and after months of rumors that built the hype up to immeasurable levels, Samsung’s flagship phone for 2014 is now finally official. 5.1-inches of gorgeous Super AMOLED glass, four cores of 2.5GHz Snapdragon power, 16 megapixels, 2,800 mAh, 150Mbps… it all adds up to one heck of a flagship phone.

All things considered, however, we’re not sure it’s all that exciting. In fact, it may instead be the continuation of a pretty boring 2013 for smartphone lovers.

But we want to know what you think, readers.

Some seem to love the Galaxy S5, which features some fantastic additions such as a heart rate monitor, water and dust resistance, a fingerprint scanner (if it works) and a new power saving mode that can help your phone last up to 24 hours with a charge of just 10% of the battery’s full capacity.

Others seem to feel like the S5 isn’t enough of an update compared to its predecessor, the Galaxy S4. Is this a direct result of sky-high expectations set by rumors, or did Samsung’s latest effort really fall short?

Below, you’ll find a short Polar poll with just a few questions about the Galaxy S5. Let us know what you think by casting your votes and feel free to elaborate below in the comments section.