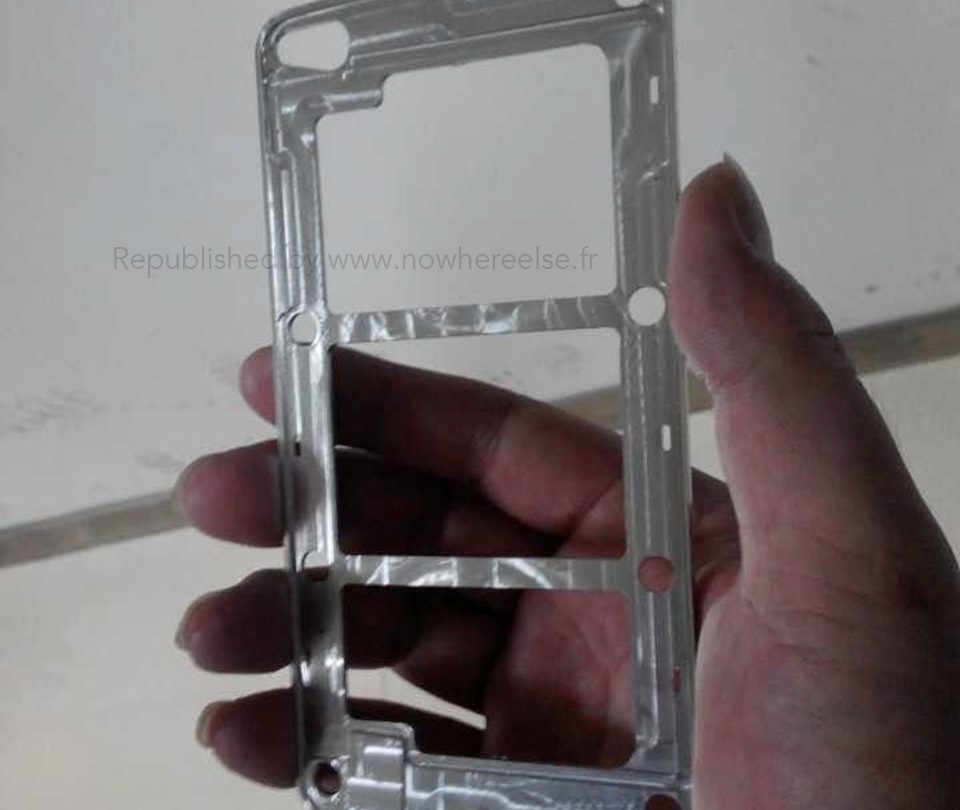 Get excited, Samsung fans — there’s hope that the next generation of your favorite phone may not be made from cheap-feeling plastic after all! Nowhereelse.fr has posted a new set of leaked pictures that it claims are of the metal frame of Samsung’s upcoming Galaxy S5 flagship smartphone. Although it’s entirely possible that the device will feature a metal frame that’s surrounded by Samsung’s trademark plastic casing, Nowhereelse.fr’s source seems to suggest that at least one future Samsung phone will have an aluminum build like the iPhone 5s and the HTC One. The leaked picture of the purported Galaxy S5 frame also suggests that the new device will have a slightly larger display than the Galaxy S4’s 5-inch display.