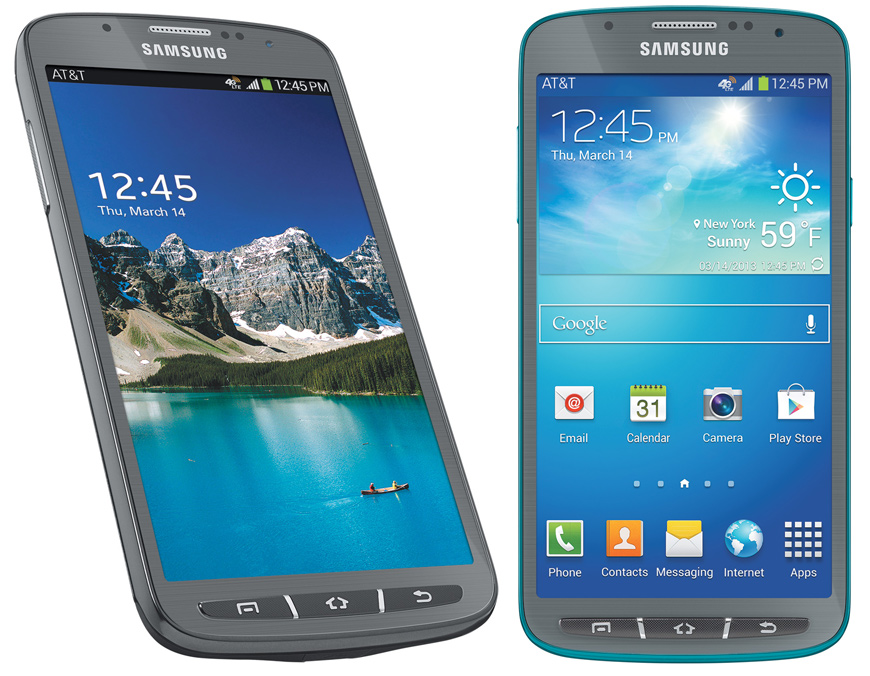 The ruggedized version of Samsung’s flagship Galaxy S4 smartphone will launch later this month in the United States. AT&T announced on Thursday that it will begin taking preorders on Friday for the Galaxy S4 Active, a $199.99 Android handset featuring a 5-inch full HD display, a 1.9GHz quad-core processor, an 8-megapixel camera and Android 4.2.2 Jelly Bean. The phone will then become available beginning June 21st, the day after Samsung’s upcoming press conference. AT&T’s full press release follows below along with a video.

With summer in full swing, you need a phone that can go just about anywhere and endure the demands of an active lifestyle.  To help you keep up with whatever comes your way, AT&T* and Samsung Telecommunications America (Samsung Mobile) announce the Samsung Galaxy S® 4 Active™, an evolution of the popular Galaxy S® 4 designed to withstand the hazards of everyday life.

Beginning June 21, you can pick up the Galaxy S 4 Active from any AT&T store or online for $199.99 with a two-year agreement.  For consumers who prefer to place their orders now, AT&T will begin taking pre-orders on June 14 at www.att.com/galaxys4active.  The Galaxy S 4 Active will be available in two colors: Urban Gray and Dive Blue.

“Continuing AT&T’s legacy as the first carrier to launch the Samsung Galaxy series, we’re excited to offer the next evolution of the popular Galaxy S 4.  The Galaxy S 4 Active is a high-performancesmartphone with a stylish, protective design to keep up with the demands of everyday life.  It’s truly summer-proof,” said Jeff Bradley, senior vice president – Devices and Developer Services, AT&T.  “With its quad-core processor and access to the nation’s largest 4G network and fastest 4G LTE network you can stay connected nearly anywhere life takes you.”

The Galaxy S 4 Active was designed around life.  It is IP67 certified to be water-resistant and dust-resistant, making it perfect to take on any summer vacation whether it’s camping or the beach.  It also has an Aqua Mode feature that lets you capture photos and videos underwater.  Its 5-inch FHD TFT display is made from Gorilla® Glass, which is specially built to be tougher and more scratch-resistant.  It runs Android 4.2 (Jelly Bean) and comes packed with a quad-core processor for faster, smoother gaming and apps.

But there’s more to the Galaxy S 4 Active than its sturdy, more resilient exterior.  It also includes high-performance features that let you get more done on-the-go.  The 8-megapixel camera includes multiple custom shooting modes, including Aqua Mode and Eraser Shot.  It also features enhanced low light performance to help you get the shot you want even when lighting isn’t ideal.

The Galaxy S 4 Active has an Integrated Infrared (IR) controller which acts as a TV remote control, so you can use your smartphone to control your home theater system.  When you’re on-the-go, Samsung Hub gives you access to more music, movies, books and games from multiple content sources all in one place– perfect for passing the time on summer road trips, or even while waiting in line while running errands.

Galaxy S 4 Active includes all the features that made the Samsung Galaxy S® 4 popular including:

The Galaxy S 4 Active is a master multi-tasker.  Features like Multi Window let you use two apps side-by-side like a PC so you can reference your notes while writing an email or follow the game live while checking out your friends’ reactions on social media simultaneously.

This smartphone is SAFE™ (Samsung For Enterprise) to help keep your work data secure and separate from your personal content.  Whether you are in the office or on vacation, the Galaxy S 4 Active balances stylish, professional design with enhanced durability.

Additionally, the Galaxy S 4 Active features an optional Easy Mode that simplifies the home screen with larger icons and your favorite apps.