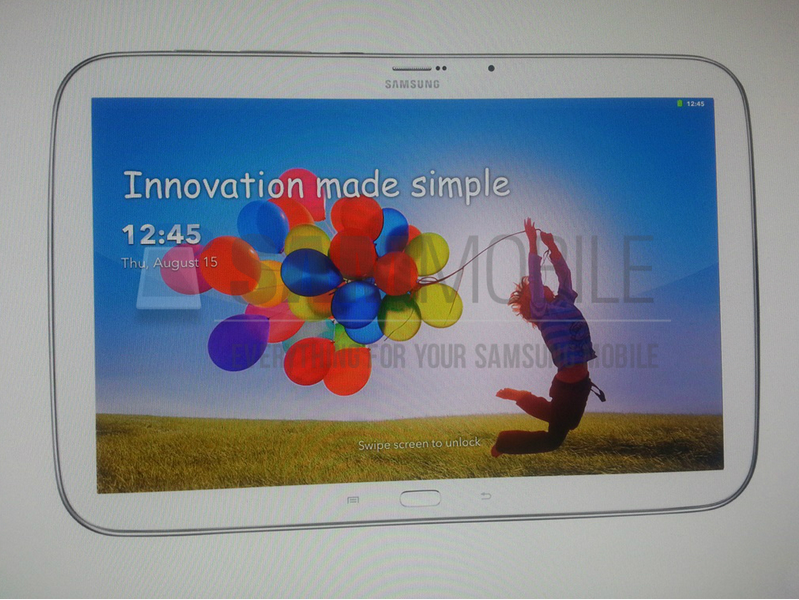 Earlier reports have suggested that Samsung (005930) is working on a new full-sized Galaxy Tab tablet set to debut later this year. The slate was said to feature either a 10.1-inch or 11.6-inch Super AMOLED display with full HD resolution, an eight-core Exynos 5 Octa processor and the name Galaxy Tab 3 Plus. Now, a new report claims that Samsung will instead look to capitalize on the success of its Galaxy S line of smartphones and will bring the tablet to market as the Samsung Galaxy S Tab.

The information comes to us from SamMobile, which has a good track record when reporting details about unannounced Samsung devices.

The Galaxy S Tab’s design shares features with the smaller Galaxy Note 8.0 thanks to the inclusion of a home button flanked by two capacitive buttons. The latest rumors claim Samsung will unveil the new tablet alongside the Galaxy Note III in September at the IFA trade show in Berlin.