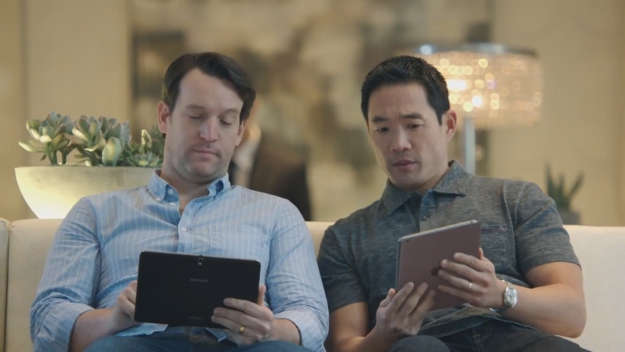 Another Samsung ad, another shot at Apple. Samsung published a new set of advertisements for the latest Galaxy Tab Pro series on Tuesday that mercilessly mocked the iPad for its lack of multiple logins, its lower pixel density and its inability to multitask. A fourth video brings Amazon’s Kindle into the mix, highlighting the eBook reader’s inadequate app offering. The Galaxy Tab Pro tablets feature 2.3GHz Snapdragon 800 processors, 2GB of RAM (3GB for the 12.2-inch model), 2560 x 1600 pixel resolution displays, 8-megapixel rear camera, 2-megapixel front cameras and Android 4.4 KitKat. All four videos can be seen below.