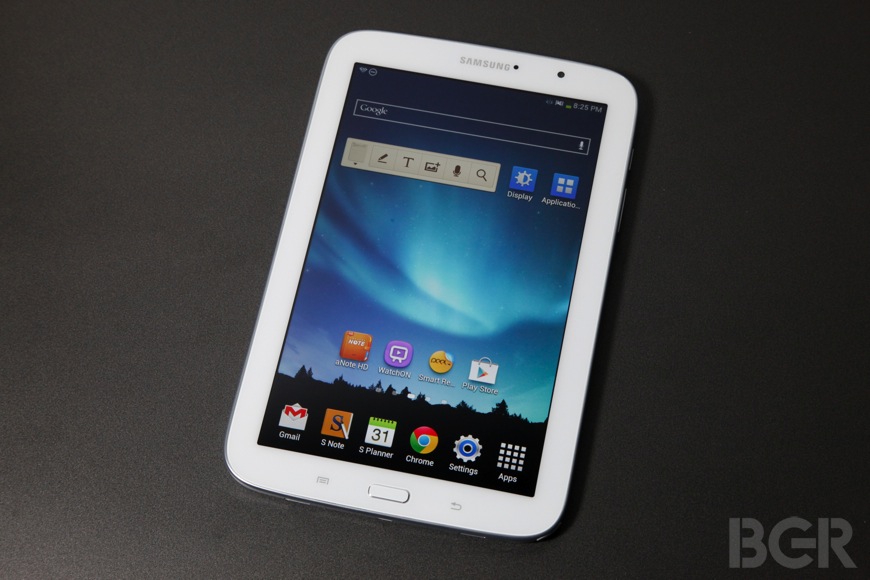 AT&T has scored exclusive rights to carry Samsung’s Galaxy Note 8.0 on its network, the company announced on Wednesday. AT&T did not announce pricing or a release date for the 8-inch tablet and only said that it would be available “in the coming weeks.” Samsung first debuted the Galaxy Note 8.0, which takes its design cues from Samsung’s popular Galaxy S smartphone series, at Mobile World Congress earlier this year. The tablet’s specs include  an 8-inch 1280 x 800-pixel TFT display, a 1.6GHz quad-core processor, 2GB of RAM, 32GB or 64GB of internal storage, microSDXC support, a 4,600 mAh battery and Android 4.1.2 Jelly Bean.