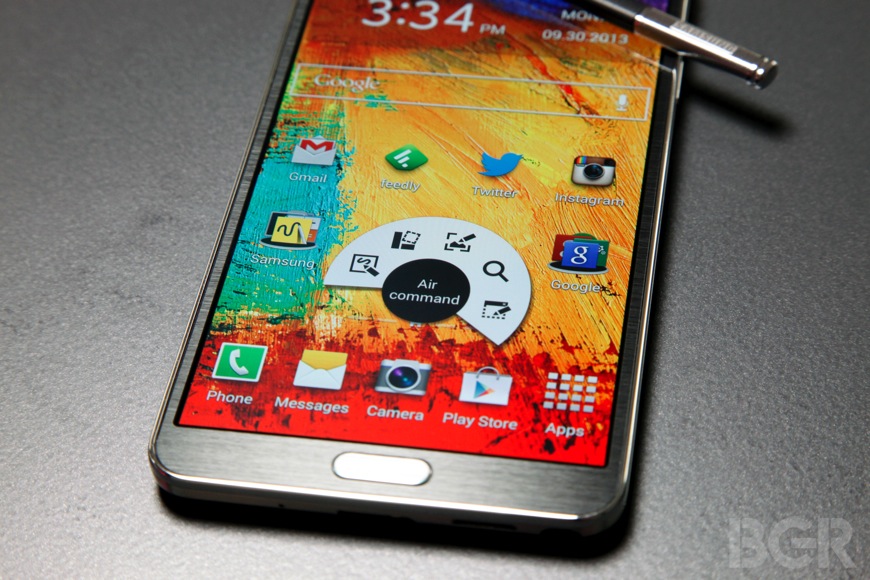 Apple may be planning to release bigger iPhones but for the time being, Samsung and its Galaxy Note series of devices remain the kings of the phablet world and the upcoming Galaxy Note 4 is shaping up to be a real show stopper. SamMobile’s sources say that the American version of the Galaxy Note 4 will be powered by a 2.7GHz Qualcomm Snapdragon 805 processor and will feature a quad-HD display and a 16-megapixel camera with optical image stabilization (OIS).

SamMobile doesn’t give us any word on how big the device’s display will be but an earlier leak suggests that it will be a a 5.7-inch QHD display with a resolution of 1,440 x 2,560 pixels, which makes it the same size as the Galaxy Note 3′s display but at a much higher resolution. We expect Samsung will unveil the Galaxy Note 4 alongside its “premium” Galaxy F smartphone in late August or early September, just before Apple finally unveils its 4.7-inch iPhone 6.