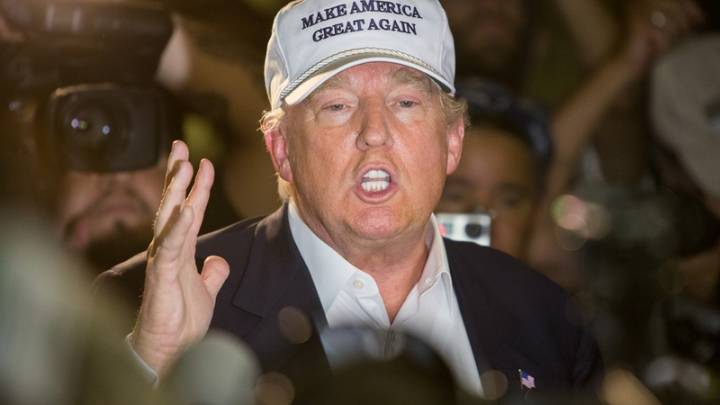 Samsung is always happy to talk about the celebrities who use its phones but this is one instance where we doubt the company will go out of its way to publicize how a celebrity uses its devices. A New York Times report on U.S. presidential candidate Donald Trump’s Twitter habits reveals that Trump uses a Samsung Galaxy phone to send out his assorted missives and insults on the social networking platform.

FROM EARLIER: Here’s every phone confirmed to get Android 6.0 Marshmallow so far

While Trump is definitely one of America’s most well known characters, Samsung probably doesn’t want its products associated with his Twitter feed. Why? Oh, likely because of things like this:

Though come to think of it, it’d be pretty funny if some third-party keyboard app like SwiftKey or Fleksy recruited Trump for an ad where he talked about how much more quickly he can call people “losers,” “lightweights” and “fat pigs” using their software than he could on his old default smartphone keyboard. Sadly, that ad will likely never come to pass.