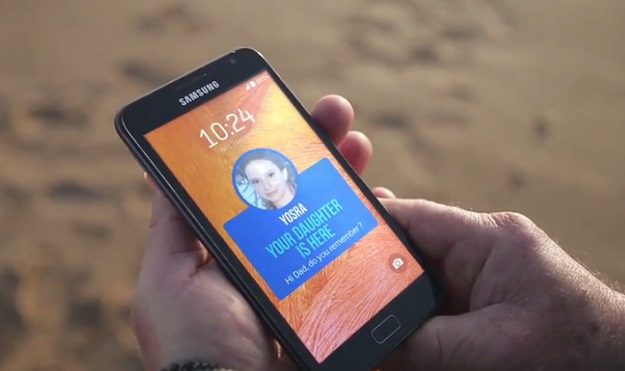 In the world of tech, it’s easy to get bogged down in endless debates about topics like smartphone battery life or whether or not the Apple Watch will actually be a game-changing device. In the process, it’s really easy to forget the myriad of ways in which technology can actually transform lives. After all, there’s a whole lot more to the smartphone revolution than Angry Birds.

Case in point: A new smartphone app from Samsung dubbed “Backup Memory” which aims help individuals suffering from early-onset Alzheimer’s disease. The app employs Bluetooth to detect when family or friends who have the app are nearby. In such instances, the app will display a photo of the person with identifiable information (i.e Son, Sister) along with photos and videos of past events involving said person.

In real time and directly to their phones, the Backup Memory provides patients with reminders of the identity of the person entering their field of intimacy, via instant notifications. Patients can thus view their relationship status with that person, as well as memories, photos or videos related to them. This is a non-medical therapy that continuously exposes the patient to the past and greatly improves the patient’s memory.

So far, doctors who have used the app with patients have noticed positive results.