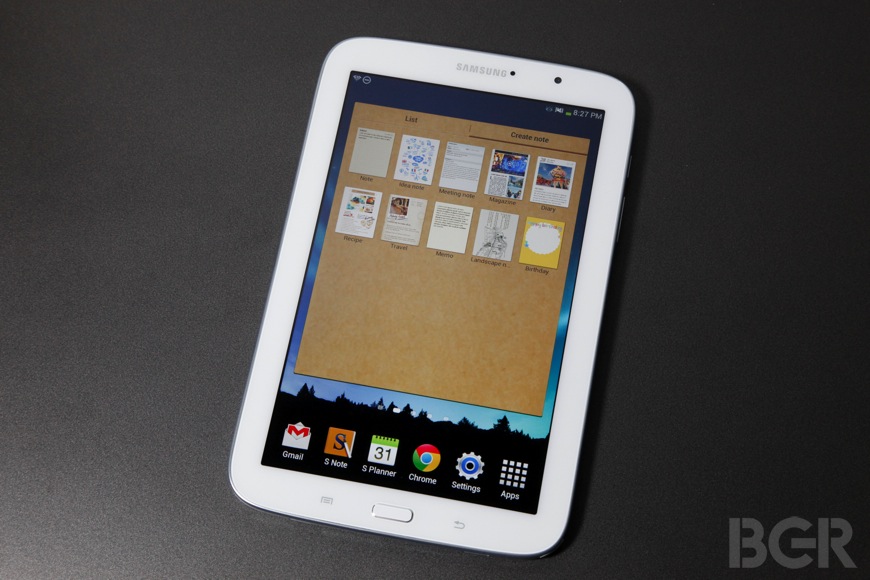 Samsung’s rapid rise in the smartphone market has certainly put more pressure on Apple than it’s faced in quite some time, and now it looks as though Samsung may be eating into Apple’s share in the tablet market as well. The latest numbers from IDC show that Apple’s share of the global tablet market has shrunk year over year from 65.3% in the first quarter of 2012 to 39.6% in Q1 2013. What’s more, IDC has found that Samsung’s tablet shipments have surged by 283% year over year and now account for 17.9% of all tablet shipments, up from just 11.3% of all tablet shipments in Q1 2012. So while Apple is still the clear leader in the tablet market, it no longer holds the dominant position it used to have despite the fact that its overall shipments increased from 11.8 million units in Q1 2012 to 19.5 million units in Q1 2013. IDC’s full press release on the new tablet numbers is posted below.

SAN MATEO, Calif., May 1, 2013 – Worldwide tablet shipments continue to surge, growing 142.4% year over year in the first quarter of 2013 (1Q13), according to preliminary data from the International Data Corporation (IDC) Worldwide Quarterly Tablet Tracker. Tablet shipments totaled 49.2 million units in 1Q13, surpassing that of the entire first half of 2012. With growth fueled by increased market demand for smaller screen devices, tablets have shown no sign of slowing down.

Apple outperformed IDC’s most recent projections for the quarter, shipping 19.5 million units compared to a forecast of 18.7 million units. The company, which historically has experienced a steep drop off in first quarter shipments (following strong holiday sales in the fourth quarter), saw some smoothing of that seasonality this year. Number two vendor Samsung also performed above expectations and managed to grow its shipments over the fourth quarter as more of the company’s smaller-sized tablets began to gain traction in the market. Samsung has also used its recent Android smartphone growth to help bring its tablet product line into new markets and channels, leveraging the opportunity to package and bundle. The strong performance of the two market leaders helped drive total shipments to an impressive 49.2 million units for the quarter.

“Sustained demand for the iPad mini and increasingly strong commercial shipments led to a better-than expected first quarter for Apple,” said Tom Mainelli, Research Director, Tablets at IDC. “In addition, by moving the iPad launch to the fourth quarter of 2012, Apple seems to have avoided the typical first-quarter slowdown that traditionally occurred when consumers held off buying in January and February in anticipation of a new product launch in March.”

ASUS managed to move into the number 3 vendor spot as it continued to see decent tablet shipment demand from the highly marketed Nexus 7 device. But, with Google’s I/O conference right around the corner and expectations of an imminent device refresh, the company will need to find a way to sustain its momentum. Amazon fell to the number 4 position, once again the victim of a highly seasonal product cycle.

Microsoft, which is a focal point for many in the tablet space, entered the top five for the first time as shipments of its Surface RT and Surface Pro tablets combined for a total of nearly 900,000 units. Many of those units were Surface Pro, which the company started shipping to the U.S. and Canada in February. Microsoft has said that it is actively widening its regional distribution of both Surface RT and Surface Pro products. Beyond the Surface products, Windows 8 and Windows RT tablets continued to struggle to gain traction in the market. Total combined Windows 8 and Windows RT shipments across all vendors reached 1.8 million units.

“Recent rumors have circulated about the possibility of smaller screen Windows RT and Windows 8 tablets hitting the market,” said Ryan Reith, Program Manager for IDC’s Mobility Tracker program. “However, the notion that this will be the saving grace is flawed. Clearly the market is moving toward smart 7-8 inch devices, but Microsoft’s larger challenges center around consumer messaging and lower cost competition. If these challenges are addressed, along with the desired screen size variations, then we could see Microsoft make even further headway in 2013 and beyond.”