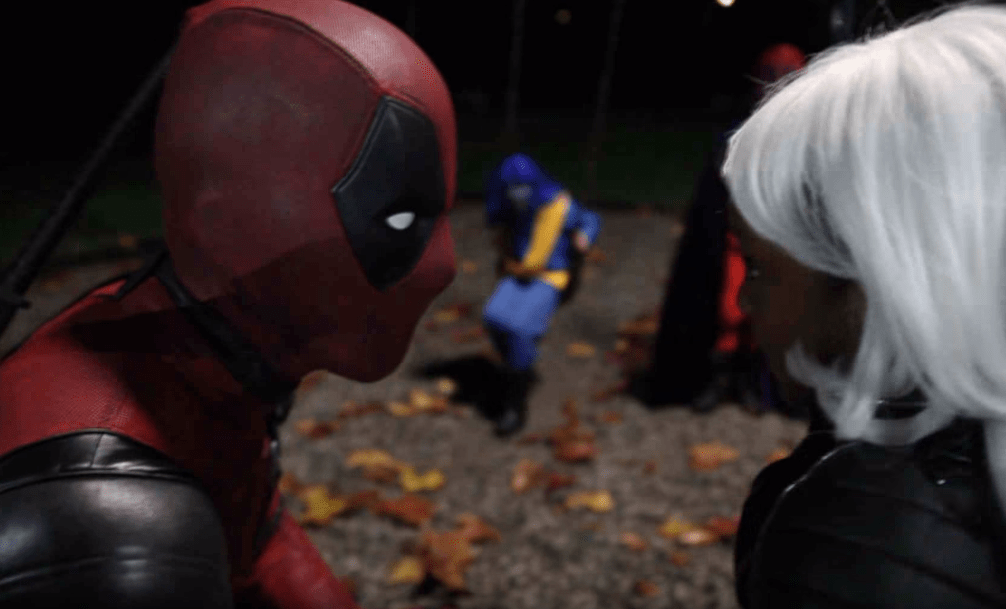 As we’ve mentioned before, Deadpool looks like it’s going to be the funniest Marvel movie ever. This week, Deadpool star Ryan Reynolds gave us another glimpse at how funny the movie will be after he posted a hilarious video of himself dressed as Deadpool for Halloween trying to recruit a group of kids dressed as the X-Men to help him commit crimes.

RELATED: Official trailer confirms ‘Deadpool’ will be the funniest Marvel movie ever

Right at the start of the video, Deadpool expresses disappointment that none of his prospective recruits have ever taken another person’s life. The kid dressed as Wolverine does impress Deadpool right off the bat, however, since his giant sideburns must mean he “hit puberty early.” He’s a little less impressed with the girl who’s dressed as Storm, however, as he compares her ability to control the weather to Al Roker.

Deadpool also gets annoyed when a girl dressed up as Mystique asks him if his costume supposed to be Green Lantern.

“What does this suit look like to you?” he asks rhetorically. “Does it look like a leprechaun had sex with a cartoonist?”